I've written about VideoReDo before. It's still one of the few software programs that I've laid out my money for and well worth it. Recently, they pushed a new update for VideoReDo Plus v2.5. The new Ad-Detective feature automatically marks commercials for deletion. You still need to review its choices but it's pretty good.

Here's a screen shot of a recent scan I did. 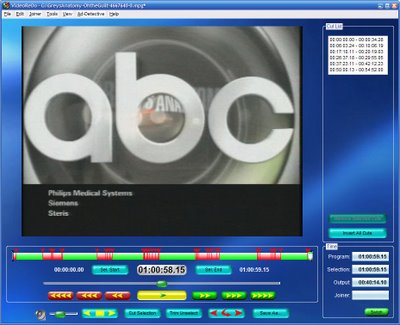 I think I've turned the corner on my recent rant on spam. Somewhere I ran across a post that said that they had blocked this new "image" spam from their Gmail by using a filter to look for "multipart/related" in the message.

I went over to K9, right-clicked on an e-mail in the "Recent Emails" tab, and went down to Blacklist/Header... and entered "multipart/related".

This works pretty good. This morning, I got 29 spams and 25 of them were caught by this Blacklist entry.
Posted by Ben Moore at 9:06:00 PM 0 comments

How To Safely Store And Manage Passwords Part III

Since then, I've made a couple of more improvements. First, it was a hassle carrying around the 128MB Hagiwara USB key. It had too little storage to use for everything so I ended up with it being a second USB key in my pocket. I copied the KeePass directory over to my 512MB USB key and created a _KeePass.bat file in the root directory to run KeePass. This has been working fine.

In the last post, I mentioned that I was using a plugin to backup the database. DB Backup is the one I'm using. DB Backup lets you specify a place to put the backup copy of the database and how many copies to keep. It also lets you run a program AFTER the backup which is key as you'll see in a minute.

However, unless you put the backup copy back on the USB key, you have to write it to the PC's hard drive, e.g. c:\. This isn't a big deal since the database is strongly encrypted but it's messy in that you leave files scattered around and if you lose your USB key and have to go back to the backup you have to think a little to figure out where you backed up last.

I wanted to ftp the backup file up to my web site. I tried some things that didn't work and finally e-mailed the author. He replied promptly but said noone else had done this and offered a couple of suggestions.

I played with this and I've figured it out.

It takes 2 files in the directory where keepass.exe runs from. Here are the 2 files. Comments/explanations are in <>s. Remove them from the actual files.

Note that this puts the ftp user-id and password in clear text in the directory where keepass.exe runs from. However, the backup of the database is strongly encrypted.
Posted by Ben Moore at 9:26:00 PM 0 comments

I will be traveling soon and am expecting to take more photos than will fit on my SD cards. I'll have my work laptop with me but wanted a backup for my photos while traveling. I'd looked at bigger (4GB) SD cards but came across this. It was $70 after rebates so I jumped on it. Here's the manufacturer's page.

The pictures on these pages don't do the drive justice. Here's the one I took. 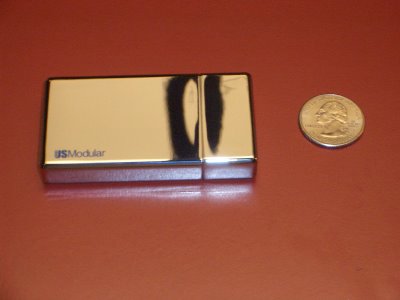 Here're the specifications from the back of the package. 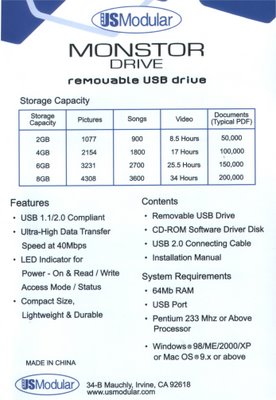