There can't be much new to be written about Google Voice. Everybody has covered it. Here's the wikipedia article on it and here's the NY Times article on it.

I've been using what is now Google Voice since it was GrandCentral. Google bought GrandCentral and seemed to let it lie dormant for a long time. In the Spring of 2009 Google renamed it to Google Voice and began ever so slowly handing out new invitations. Google killed off a couple of GrandCentral capabilities (being able to make your ring-in sound like a European phone) but added many more such as voice mail transcription (cute but really pretty worthless).

I use it for 2 purposes. First, I have it ring my home phone and my cell phone simultaneously so I can always be found. I can even add locations when I'm going to be somewhere else, e.g. my mother's, for a while. That's so easy to do.

There are some other considerations. If you receive a call on your cell phone through your Google Voice number you don't get the benefit of mobile-to-mobile. Also, Google Voice is subject to service disruptions like Google is. Occasionally, you'll notice things like incoming calls going straight to voice mail or even that the call can't be connected.

I'm sure that Google is going to continue to develop Google Voice. This service will redefine what voice service delivers.
Posted by Ben Moore at 10:10:00 AM 0 comments

I can't tell you how many PCs I've come across that have all kind of toolbars and crap installed on them. You wonder why people install all of them. They're such a drag on the PC's performance.

I won't rehash these stories. Just go read them yourself. And when you install any update or new program, READ EVERY SCREEN and uncheck freely.
Posted by Ben Moore at 5:36:00 PM 0 comments

Mashable has a post about a test version of Google Search. Google talks about it here.

Here's a post that tells you how to add it to your Firefox search bar.

My wish lists for gifts are always made up of URLs. For Fathers' Day, the URL was this. My wife was a little suspicious of that web site but she went with it. You can also get it at Amazon. 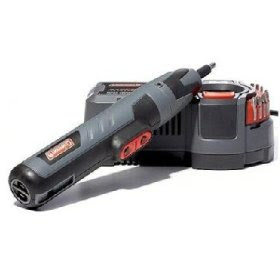 What this gadget is is a Coleman 5.4V Flashcell Cordless Screwdriver. That's a mouthful. What it means is that it doesn't have a conventional battery. Instead it uses an ultra capacitor.

The effect of this is that it charges in 90 seconds. It does have a downside. It has about half the capacity of a traditional rechargeable screwdrive. This isn't much of a downside when the charge time is less that the time it takes you to go to the bathroom.