Nothing But Jelly Bean

Last summer I installed Android 4.0 (Ice Cream Sandwich - ICS) on my Nook Color. I used a technique described on the XDS Developers forum that let the Nook boot from a microSD card. The developer (verygreen) of this technique has apparently moved on to new challenges.

In the meanwhile, Android 4.2.2 (Jelly Bean) has dropped and there are CyanogenMod ROMs for the Nook Color using the microSD card technique.

The thread above has continued to get comments and questions and leapinlar has been very helpful in fielding these.

So here's how to install CyanogenMod 10 (CM10) Jelly Bean on a microSD for a Nook Color.

Use a Sandisk Class 4 8GB microSD card as recommended here. Use a microSD USB adapter and insert the microSD and USB adapter into your computer.

After Win32DiskImager is done with writing, eject the microSD and USB adapter and re-insert it into your computer.

With the newly imaged microSD and USB adapter back in your computer, copy the CM10 ROM zip and Google apps zip into the root partition (the only one you can see) of the microSD card. Don't unzip these files.

Eject the microSD and USB adapter from your computer.

Make sure that the Nook Color is powered down and insert the new microSD card into the Nook. Power it up.

Sit back and watch. It will take a few minutes and lots of messages will scroll by. Then the screen will go black. Power up the Nook.

I still had to use the Google Play Store to install Gmail and youtube.

It's probably still worth reading my Ice Cream Sandwich errata.

The staying power of the Nook Color is incredible. It will soon be 3 years old and is running the absolute latest Android operating system.
Posted by Ben Moore at 8:36:00 PM 0 comments

Google Plus Photos NOT

Google is clearly pushing everybody to Google+ for everything and making things "pretty" in the move. The photo feature in Google+ was pretty awful at first. A recent change got the presentation much "prettier" but still there's a tremendous amount of function and information that is simply missing.

When you browse to http://picasaweb.google.com be certain that you don't end up here. 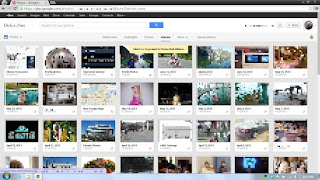 Notice that little yellow banner. "Click here to go back to Picasa Web Albums." I thought that that's where I told it to go. 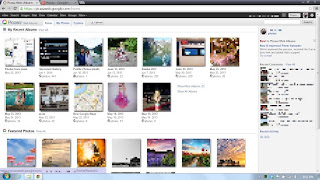 Three rows of data. Each album has its name, the date of the album and the number of photos in it. The right column is pretty well wasted. I have to click 'Show All Albums" to see the rest. 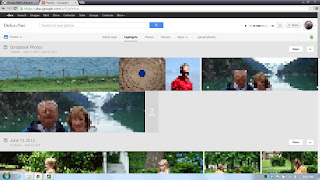 Sorry. No albums here. "Highlights" Not your highlights. Google's. Go figure. The first photo in my "Highlights" capture above is more than 6 years old. These "Highlights" change with your activity. After working on this blog post the first highlighted photo is from my blog. Almost 5 years old. 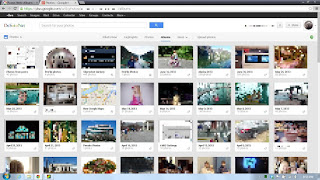 There! But wait. Where are the album dates? And the loss of that information doesn't even give me another row of albums. There are more albums in each row without the wasted right column.

So let's go look at an album. Here's a Picasaweb album. 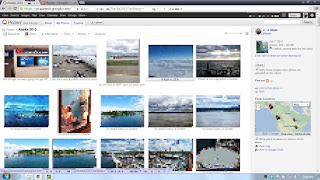 15 pictures on the page. 123 pixels of header. Lots of white space. You can see that I geotag my photos. Picasaweb collects this and gives me a nice map of the entire album. 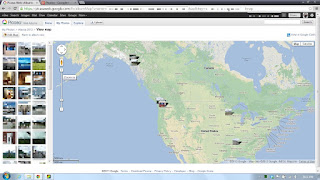 By the way, that URL is shareable. Nice. 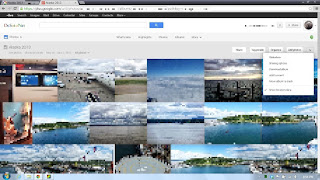 12 full pictures and most of 4 more. 234 pixels of header; 100 pixels more than Picasaweb. No album map. I can't find one at all. And you can see that I requested to "Show location data" but there's none on this page. But it is pretty. The presentation of the panorama (automatically created by Google+) is much nicer than Picasaweb.

Why didn't they make the page of all the albums look like this and overlay the text on the album cover photos?

Now here's a photo in Picasaweb. 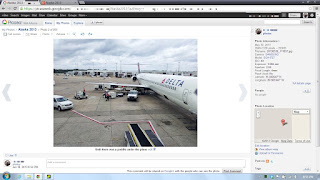 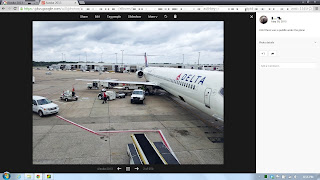 Hmm. Wonder where that was taken? The photo is much bigger than in Picasaweb though. They put the caption over on the right to gain that space. But they sure left a lot of dead space below the caption. Maybe they needed the room for the +1 button. 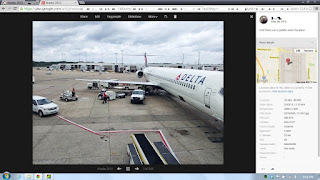 Finally. There's the geotag data. The map has a much more appropriate level of zoom than Picasaweb. And there is the exif data. But wait. That doesn't seem like all the exif data.

Back to Picasaweb and click on "full details page." 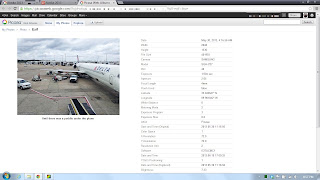 I could go on but you get the picture.

I'm looking forward to Google fixing these and the rest before they "Spring Clean" Picasaweb.

I don't have the patience to even start on the topic of sharing these albums. Maybe next time.
Posted by Ben Moore at 9:00:00 PM 0 comments

I'm a big user of Google Docs Drive. And a Google Apps customer. I've been using the Google Labs Google Docs Gadget in my e-mail instance for years.

The Google Docs Gadget is recognized across the web as a valuable Lab tool. For example, this article includes it in its list of "Recommended Gmail & Calendar Labs."

As described in this document the Labs gadget:


Adds a box in the left column which displays your Google Docs. Shows recent docs, starred docs, and has fast search.

Really nice functions. Saves you from having to open a new Drive window just to open, create, or search for a document.

Every now and then something went "bump" in the background and it wouldn't work for a while. Then without a word it'd start back working.

It was useful enough to put up with this level of support.

This spring the search function began getting errors. I looked at it and the problem was just that the syntax for the URL for Google Drive's search had changed. Looked like a trivial change so I thought I'd just wait and it'd be fixed when they got around to it.

Then last week the gadget disappeared from my e-mail. And from the Google Labs page. It looks like some of Google's "Spring Cleaning" had killed the Lab gadget.

A quick search of the Google Forums showed that I was not alone. One of the posts even had a quick work-around including how to implement it.

I copied his XML and made minor changes. Then I uploaded it to my web site and added it as a gadget via URL.

You're Holding It Wrong

Remember back in 2010 when there was the big hoopla over the iPhone 4's antenna? And Jobs' infamous quote "Just avoid holding it in that way,"

While it was clearly an issue with the iPhone 4, the phenomenon affected other phones as well.

Recently I was playing with the GPS in my Skyrocket. I noticed that the accuracy varied significantly depending on where I held the phone.

In this screen capture I was holding the phone at the bottom. And, yes, I was on an airplane. 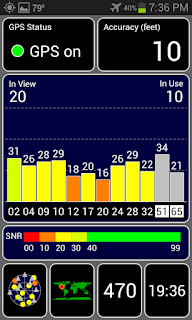 Then I moved my hands to cup the phone at the top. Accuracy quickly dropped to several hundred feet. 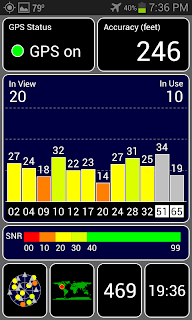 The number of satellites in use didn't decrease and the signal to noise ratio didn't change dramatically.

I wouldn't jump to the conclusion that this change in hand position affects the cellular signal in the same way. Still it is interesting.
Posted by Ben Moore at 8:20:00 PM 0 comments