This is a repost of my year-end post.
The start of a new year is a good time to review a few things and make sure everything is right. Here's my list of things I think you should check once a year. 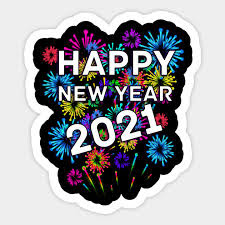 Some of the steps may be a little out of date but I think you can find your way around. If not, leave me a comment and I'll help.
PayPal Preapproved Payments
Offline Backup
Certificate Store
Router Configuration
Windows Defender and Windows Defender Offline
Controlled Folder Access
System Restore
Posted by Ben Moore at 7:15:00 PM 0 comments

Jack Be Nimble, Jack Be QUIC

My router (Asus RT-AC68R) has a nice traffic monitor screen. I check it regularly. One day I noticed that the largest usage was attributed to QUIC.

What is QUIC?
Simple. QUIC stands for Quick UDP Internet Connection.
Yeah, right.
There's a good explanation here. If that article is too simple for you, try this one.
QUIC has taken all the best qualities of TCP connections and TLS encryption and implemented it on UDP.
Here's why:
But you'll never see any of this. All you'll see is faster.
So who uses QUIC?
Google Chrome when it connects to Google servers. This includes all of Google's services, i.e. YouTube, Blogger, Hangouts, etc.
Posted by Ben Moore at 8:05:00 PM 0 comments

In this time of virtual meetings, I've desired to record a couple of presentations.
I came across Windows 10's Xbox Game Bar. It's a standard feature in the latest versions of Windows 10.

Unfortunately, it doesn't work on all hardware. It works on my ThinkPad but not on my big Asus desktop with a Radeon video card.

It's incredibly easy to use. Just press Win+Alt+R to start your recording.

That's it. Then click the blue button to stop recording.
It creates an mp4 file in C:\Users\[your name]\Videos\Captures.
It couldn't be easier.
But...
This worked perfectly when I was recording a Zoom presentation where I was just watching and not interacting.
But in another use, I was watching a webinar where the presenters used multiple windows. Every time I switched between windows; the recording stopped.
Still, it's pretty nice. And the price is right.
Posted by Ben Moore at 9:07:00 PM 0 comments

Several associates of mine and I have all experienced Windows 10 black screens, pretty much since Windows 10 1903.
The symptom is that the screen turns off per your setting. 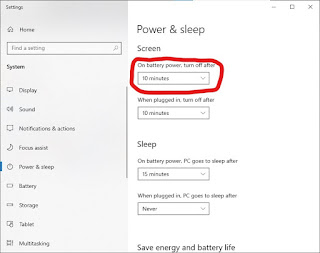 Then it won't come back on.
The PC isn't really powered down. Often you can hear the fan running or the hard drive working away.
What we have been doing is just holding down the power key until the PC shuts down. Then restarting the PC and all is well, for a while.
One of my workarounds is to disable the screen powering down and just turning the power off to it when I'm not using it.
It seems as though we're not the only people experiencing this problem.
Computerworld had a long article on this problem. This article describes 2 different black screen problems. The one I'm referencing is just a "plain and simple" black screen.

This means the screen is completely dark with nothing at all showing.

This four-key combination tells Windows 10 to restart all graphics drivers.
Then I will upgrade the graphic drivers.
Posted by Ben Moore at 8:06:00 PM 0 comments

KnowBe4 has an interesting back story. They have an excellent Enterprise Security Awareness Training program that my organization highly recommends.

I follow their blog.
A recent article was a real eye opener. It described how bad actors can spoof phising links by using hover texts.
In summary, HTML has the capability to display pop-up text when the cursor hovers over a link. The bad actors use this capability to distract the user from looking at the real link which appears in the lower left corner of the browser window.
My recommendation - with your cursor hovering over the link, right click and choose "Copy link address".
Then open Notepad and paste the link. That way you can see where the link will REALLY take you.
If the link is confusing, paste the link into the URL Decoder/Encoder and click "Decode".
Posted by Ben Moore at 10:32:00 PM 0 comments

I guess I got your attention with that post title.
I was very happy with Pulse when I was using an Android phone.
But everyone knows that iMessage doesn't work on Windows.
Or does it?
When I was looking for a high-speed way to backup photos from an iOS device, I came across this article:

[How to] Get iMessage to Work on Windows PC using Dell Mobile Connect on a non dell PC (archive.org)

I figured it was click bait. There's no telling how many of those rabbits I've chased.
But not this one. 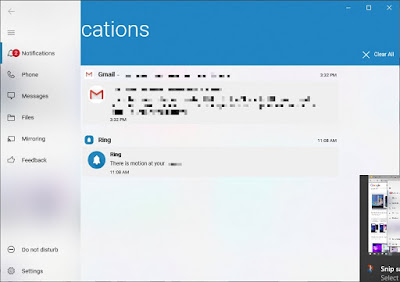 Here's Dell's page on Dell Mobile Connect (archive.org).
Now, don't think that this is as capable as Pulse. For example, with messaging you can only see messages that have taken place while the PC was connected to the iPhone. History isn't presented. For pictures, when you download them, the files are written into an obscure location that took me ages to find. Then the filenames are some random (to me) string.

But given what Dell had to work with, it works nicely.
Beyond messaging, Dell Mobile Connect also supports making and receiving phone calls on the PC as well as mirroring the iPhone screen to the PC. 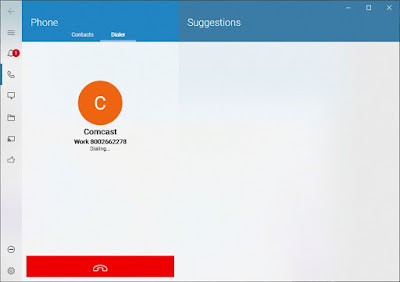 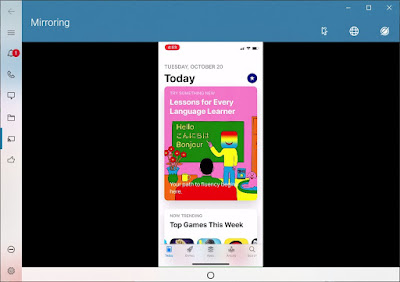 Oh, you do have to install some Dell drivers on your PC.
Here are the steps:
Posted by Ben Moore at 7:21:00 PM 0 comments

What Happens When You Type in a URL 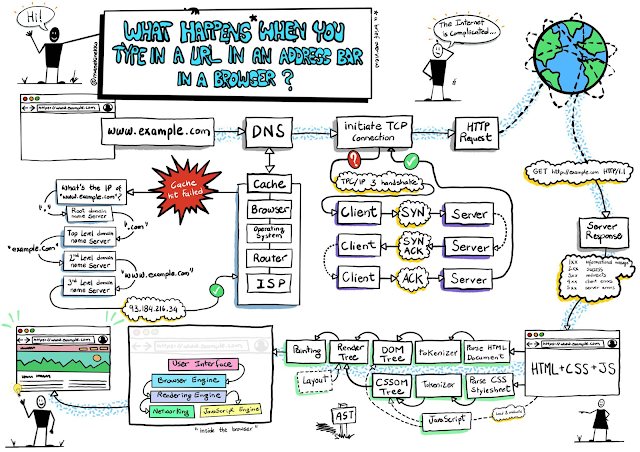 And they left some stuff out, e.g. "file:" checking.

https://twitter.com/manekinekko
This sketch is under CC BY-NC-SA 2.0 license:
https://creativecommons.org/licenses/by-nc-sa/2.0/

Chillin' With an iPhone - Part 5

I'm really a reluctant iPhone user. But there are so many things I like about the iPhone, particularly the hardware.
Anyway, one of the challenges I have between any smartphone and my Windows laptop is how to move small content back and forth.
For example, it is so much easier to compose text messages on my laptop keyboard than on a touch keyboard. And to take an image from either side to the other is especially difficult with iOS.
What I've found is that one of my favorite cross-platform productivity tools is perfect for this - Google Keep. 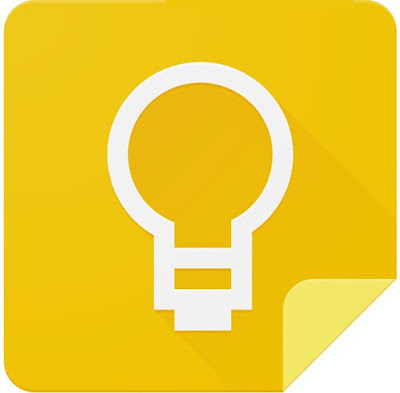 Keep is a very flexible container for content and works equally well on Windows, Android, and iOS.
It even allows multiple users to share content. My wife and I share a grocery shopping list.
Just today I wanted to send a photo from Facebook (which I use via Chrome on Windows) to a person using text messaging.
Think about how convoluted that would be normally. It's too long to even explain here.
With Keep, I right clicked on the photo in Facebook and chose "Copy image". Then switched over to Keep, I clicked on "Take a note..." and pasted the photo. Now over to my iPhone and opened Keep. There was the photo. I tapped on it and selected the "share" icon, chose my iMessage recipient and it was done.
And it works just as well in the other direction. Keep even presents as an iOS "share" recipient.
Unlike some of the Google products, Keep seems to update instantly on iOS.
Posted by Ben Moore at 7:23:00 PM 0 comments

Recently, the press was filled with headlines about Microsoft removing driver updates from the Windows Device Manager.

So when is the last time YOU went to the Device Manager and searched for a driver?
Did Microsoft really do this? Yes. Does it matter? Not really. Did they actually make an improvement? Probably.
What they did is they moved the driver updates to the Windows Update process that most everybody uses.
Here's a comment from one of the above articles:

The new method via Windows Update seems to work great though, but you can't search specifically for that device/part. But i guess if nothing shows up, it means you're already up to date.

And they didn't (yet) push them on you.
Here's how it looks now in Windows Update: 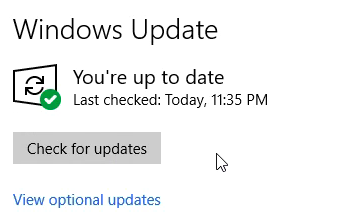 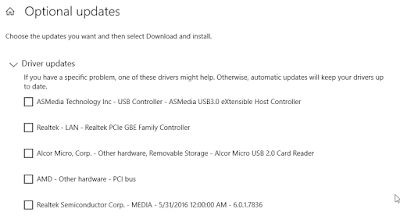 I think that's an improvement.

I still wrestle with how to backup photos from my iOS devices. In a recent post, I discussed how I use OneDrive for daily backup.
But sometimes you want to backup photos en masse.
The best thing I've found is Remote File Manager from Jane Zhang. 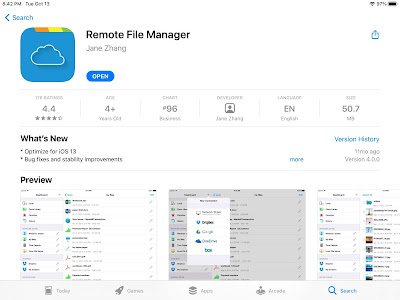 While Remote File Manager is not for the novice, it is an extraordinarily capable app.
I use it to copy photos from my iOS devices to my NAS storage, e.g. Drobo.
Click on the +. 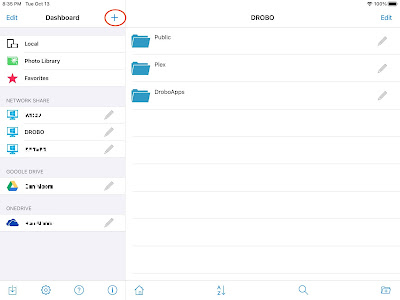 And chose to create a new network connection. 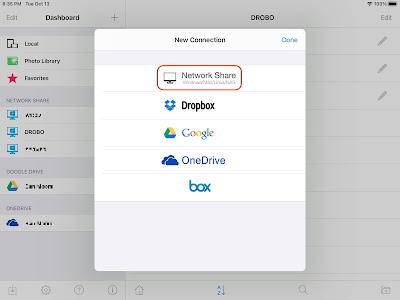 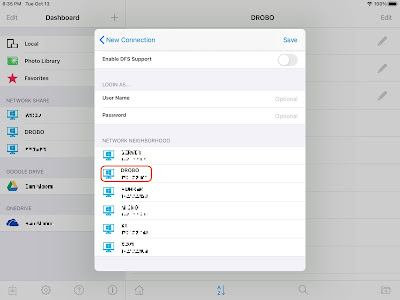 Navigate to the destination folder you want. 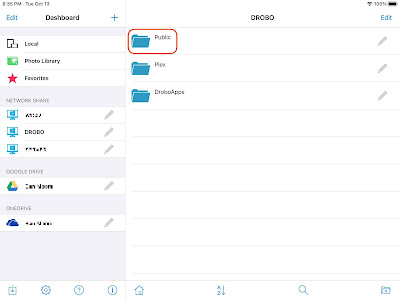 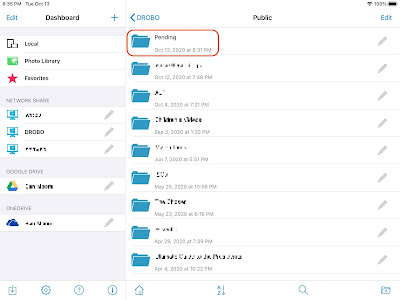 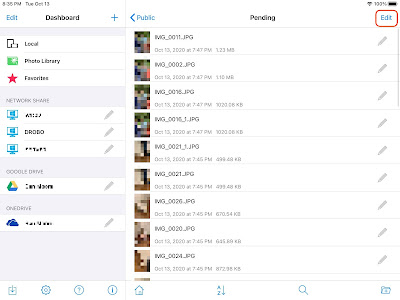 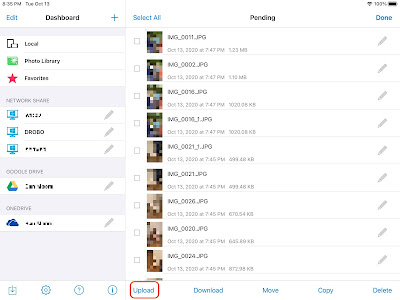 Pick the Photo Library on the iOS device and then the album you want. 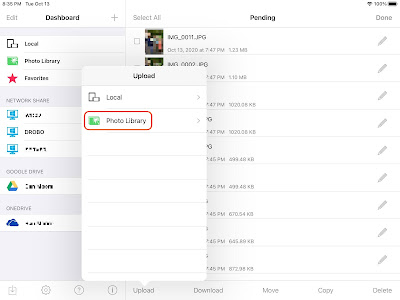 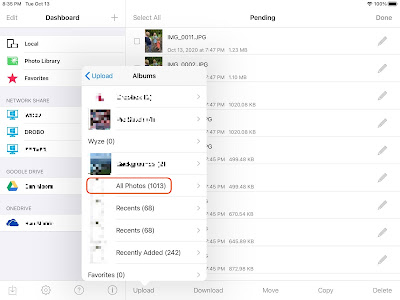 Select the pictures you want and then click on "Save". 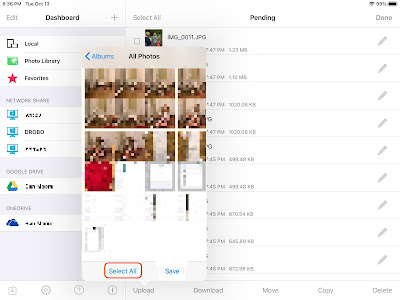 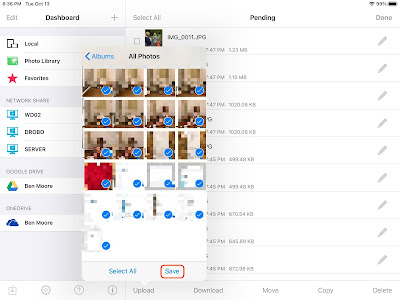