I keep following enterprise cloud technology and services. Ben Kepes is one of the bloggers I follow. He had a recent article analyzing a report from CloudEndure that compares the reliability of Amazon's AWS.to Microsoft's Azure in 2014.

The article is full of graphs and good analysis but his summary hits the nail on the head:


Outages happen - there is no way of avoiding mentioning that fact. But as Netflix has so successfully demonstrated, it is through planning for failure that organizations can achieve the very highest levels of reliability for their applications. Thinking about multiple points of redundancy for every service, every connection and every vendor an application uses is a good start.

See my article on Netflix.

And the he puts a point on it:


Both services are great and both show amazing reliability (as an aside, that reliability is far higher than most on-premises infrastructure) - the key takeaway from this report is that not planning for failure is a huge risk for organizations.

Put that in your pipe and smoke it.

Business Insider recently had an article on how Google plans to "nab 80% of Microsoft's Office business."

Although I'm a huge proponent and user of Google's office apps for my personal use, there is no alternative to Microsoft Office documents in an enterprise environment. Segregating users into "have's" and "have not's" is going to be extremely difficult.

Now we have a new player in the battle of (un)availability in the cloud. On March 11, 2015 Apple's iTunes store was down for 10 plus hours. 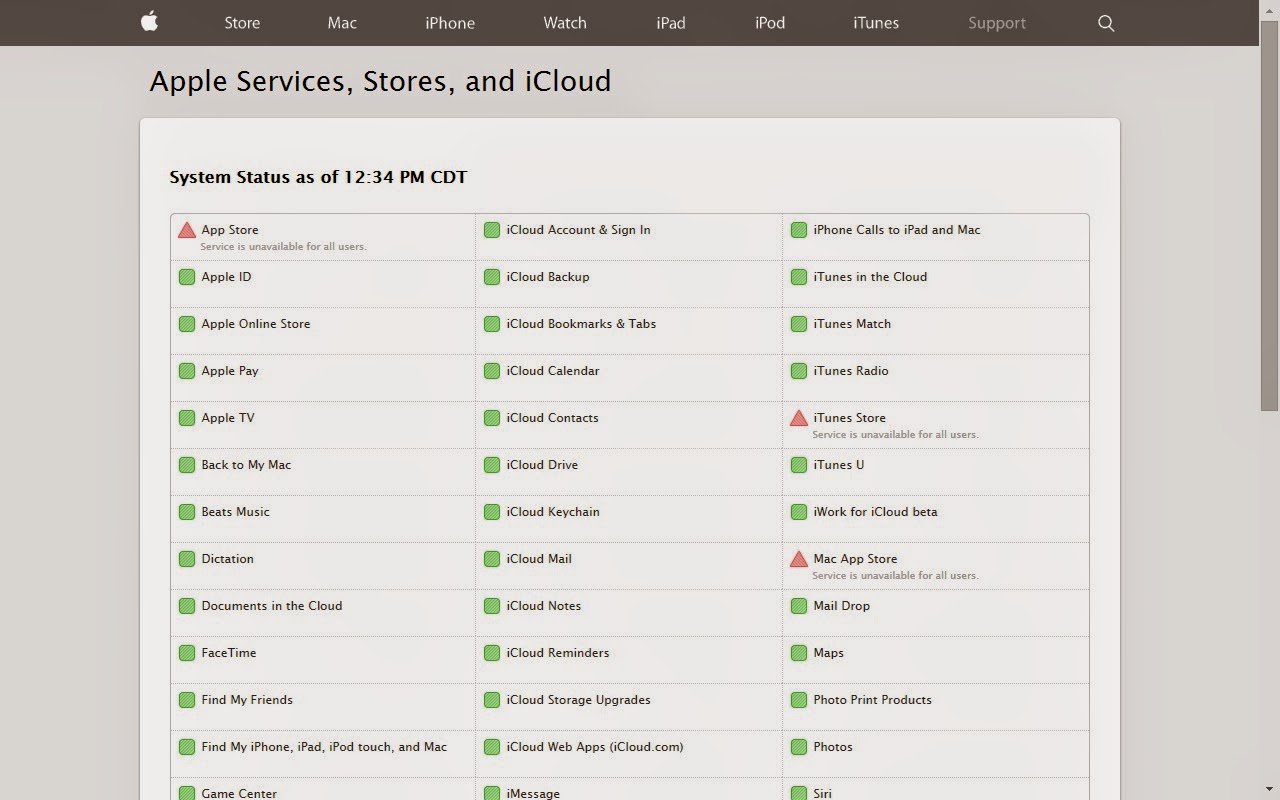 But look closer at that web page. First, we could see that web page unlike one of Microsoft's outages. Second, nothing was down but the App Store. iCloud Account & Sign In - Up. iCloud Backup - Up. iTunes in the Cloud - Up. And on and on.

And Apple acknowledged the same day that the downtime was caused by problems with its DNS setup.

The other cloud players could learn something from Apple.
Posted by Ben Moore at 7:32:00 PM 0 comments

This is an update of my Internet Bandwidth post of June 2014. 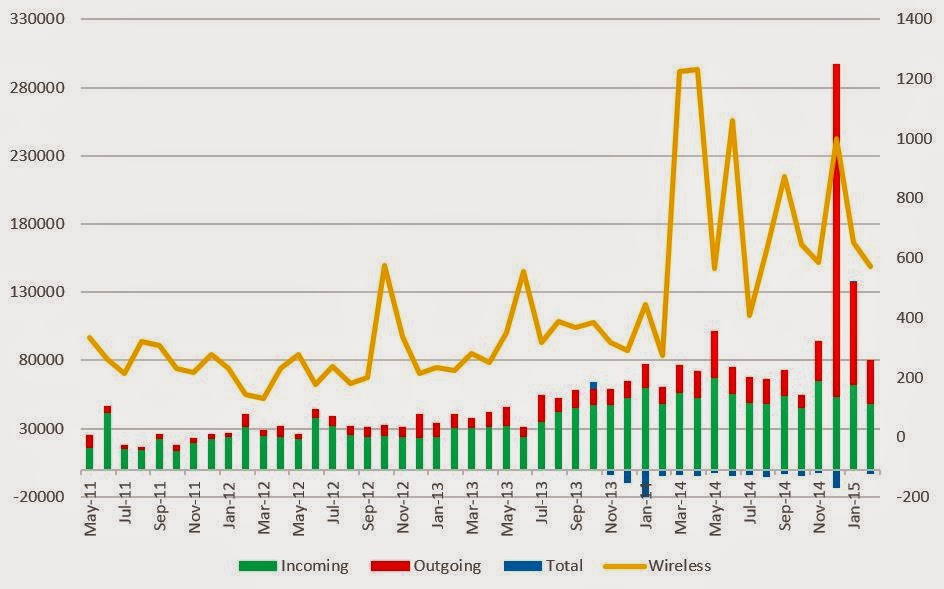 I'm a big user of Pocket Casts and got to following Russell Ivanovic's (one of the developers) blog. He has a couple of interesting posts on screen sizes.

His position is that the various screen sizes aren't a big deal so long as there are relatively few different proportions. You can make different resolution objects that the operating system can select from and present appropriately.

Here's his chart of the various Android screen proportions. 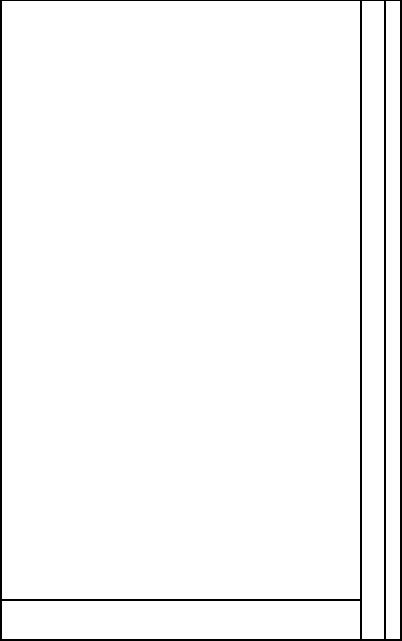 Now who hasn't heard that varying screen sizes are more of a problem on Android than on iOS? 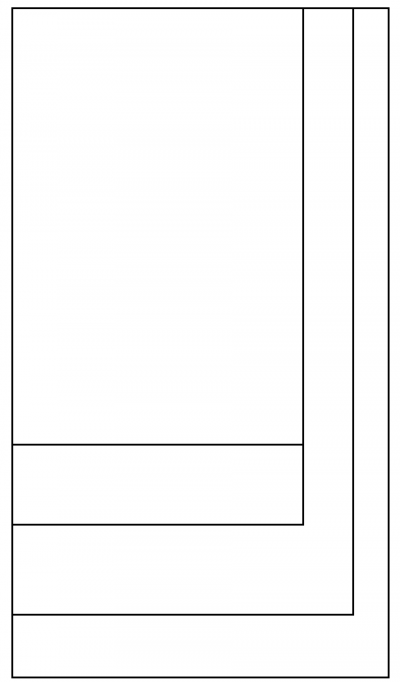 You decide which would be easier to code for.
Posted by Ben Moore at 8:04:00 PM 0 comments