I have an unusual use case for ear bud(s). I am a voracious consumer of podcasts. I hate wires hanging on me so I lean to Bluetooth devices.

You know I'm cheap frugal so I go for inexpensive ear buds. The relatively poor sound quality doesn't bother me with my podcasts.

My walking regimen is about 30 minutes per day so battery life isn't critical.

I have been using ear buds like this and this.

My wife bought me the original Bragi Dash. I struggled with them. Seems like I wasn't the only one. My deal breaker problem was that the Bluetooth connection wouldn't work unless I held the phone near my chest. If I put it in my pocket or in my belt holster it kept dropping out.

The new version is supposed to fix all this. But they don't get a second chance with me.

Then I stumbled across this GRDE Mini Wireless Earbud. The mono is fine for listening to my podcasts. And I liked the price. I don't like the proprietary charging cable.

My daughter bought me Apple's AirPods. As expected they work great with an iPhone once I figured out how to get them out of the case. But they work just as well with my Essential PH-1.

Conclusion: The GRDE Mini Wireless Earbud's proprietary charging cable is a bummer. The controls on it is a physical switch, not a capacitive switch like the AirPods. The capacitive switch means that you have to double tap to take an action. So double tapping on the right AirPod is play/pause and double tapping on the left AirPod is skip. On the GRDE single click is play/pause and double click is skip.

Years ago I posted about how I was sharing selected contacts between Google accounts.

The solution I discussed at that time has gone paid only so I went looking for alternatives.

I found CoContacts that works great for me.

CoContacts has a free offering that supports 3 users with 3 shared groups with 100 shared contacts that sync daily. If you need more than that you should be paying for it.

I'm using it on G Suite accounts but it will also work with regular Gmail accounts.

It works so elegantly that I couldn't remember what I was using for contact syncing!
Posted by Ben Moore at 7:44:00 PM 0 comments

After my installation of Windows 10 April 2018 Update I went to Settings / Storage just looking for how much space was used by the backup copy of Windows.

But I got distracted... 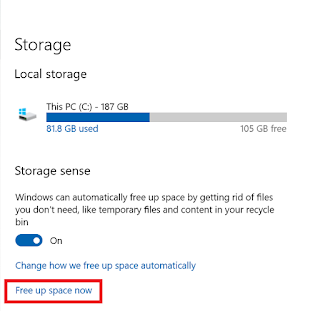 I clicked on "Free up space now".

As it was scanning the entry for "Delivery Optimization Files" caught my attention with over 2 GB. 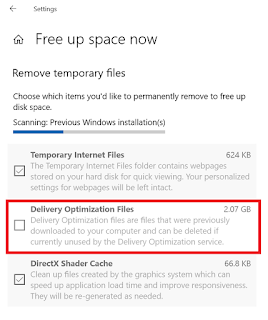 What are "Delivery Optimization Files"?


Windows Update Delivery Optimization works by letting you get Windows updates and Microsoft Store apps from sources in addition to Microsoft, like other PCs on your local network, or PCs on the Internet that are downloading the same files.

So, how well is it working? Go to Settings / Delivery Optimization.

I always set it to "Allow downloads from other PCs" but only check "PCs on my local network".

Then click on "Activity monitor" to see what it's doing. 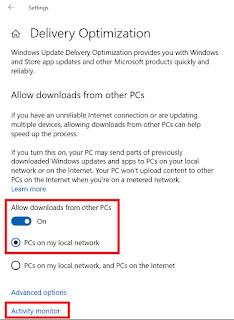 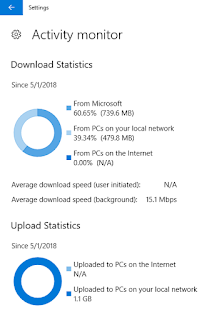 This PC is the only one Ethernet connected to the Internet. 2/3s of the Windows Update data came from Microsoft and 1/3 came from other PCs on the local network.

But further, this PC provided over 1 GB of Windows Update data to other PCs on the local network.

I hadn't even gotten my Android Messaging post published before everything changed.

Then Google changed the world.

This has 90+% of the function of Pulse for free and delivered by Google, not a third party.

The web presentation is way more Material Design than Pulse but I thought Pulse was fine.

Messages for Web doesn't have scheduled messages and I've used them a couple of times. I'll miss them but will trade them for an integrated solution.

I had trouble getting the Android Notifications working like I wanted but that may just be my unfamiliarity with Android 8.1 Oreo notifications.

The web presentation is a little more chatty than Pulse in that it asks you if you want to run Messages for Web if you have it open in more than one place.

The Android Messages client generates battery warning messages now and then that you can turn off and the web presentation reminds you that the phone is not on Wi-Fi. That's easy to turn off as well.

How to set up Android Messages on PC
https://www.mirror.co.uk/tech/google-launches-android-messages-pc-12757484

There's really lots more in this latest update of Messages. Read it all here.

Now I just wonder when Google will kill this.

I have been using AT&T's messages.att.net for months. It worked well.

But then in January 2018 I got the following text message: 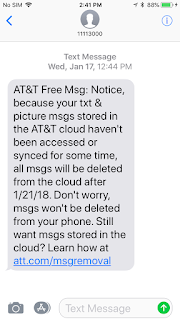 I called AT&T and they said to ignore it. That was wrong.

I started getting this response to https://messages.att.net:

After literally months of calls to AT&T their story was that they have discontinued this service except for non-phone devices, e.g. tablets and watches. Another story was that it only ever worked for AT&T branded phones. But we know different, don't we?

So I went off on a quest for alternatives.

I first tried Join. Here's a brief write-up on it.

I thought it was an interesting implementation. It uses your Google Drive as a place to store the text messages. It runs an app on the phone that watches the Google Messages app and sends the data to your Google Drive. Then I used Join's web version to view the text messages. In addition to the web presentation Join offers a Chrome extension and a Windows 10 app (paid).

The web version has a 60 second timer between updates and often paints the messages out of sequence and omits messages. The web version doesn't support displaying MMS pictures yet. The author said he will have to add that in the future. In a group thread you can't tell who the author of an individual message is.

The other presentation methods may address these issues but I wasn't impressed.

The next app I found was Pulse. Pulse is simple and fast. Here's a good write-up on it.

Pulse installs a replacement app on your phone for Google Messages. I wasn't wild about that but it really works nice. By being the default SMS app the Pulse app gets instant visibility of text messages. The Google Messages app still sees all the messages so apps like SMS Backup & Restore still work.

The web version requires you to create an account with Pulse and login to it. For that you get instant visibility to your phone's text messages. All of the issues I had with Join were solved with Pulse.

Both Join and Pulse are paid apps. Both also require that your phone is turned on and connected to data and cellular networks.

Post script: Just for giggles I tried messages.att.net again. It worked fine. My history was empty (it only goes back 90 days) but otherwise it worked.

Nah, not going back.