I've been wrestling with the HD vs. SD TV issue for some time now. I really have my TV situation pretty well worked out. I use the cable-ready tuner in my old 27" Sony Wega. I feed the Scientific Atlanta 2000 digital channels through my Sony DVD/VCR (I kinda like Sony) so I can watch them on the TV or record them on the Sage TV system. The Sage system can even change channels on the SA box via a USB-UIRT.

But I still look at HD TVs. Recently, PC Connection had the Astar MP-32HB for $399.99 after rebate with free shipping. I couldn't resist that. 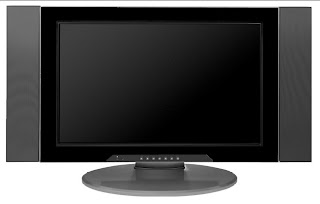 Delivery was QUICK, literally the next day not counting the weekend. I'm not a big HD expert, but the picture looks good to me. I feed it via HDMI from Comcast Scientific Atlanta 8300HD DVR. My plan was to replace my old 27" tube with it. It all worked but the vertical dimension is about 1" LESS than the 27". And from across the living room, the HD detail doesn't knock your socks off. In the end, I'm moving it to my bedroom and waiting until I can save up more for a bigger HD.
Posted by Ben Moore at 8:25:00 PM 0 comments

I'm still using Office 2007 at work. The new UI is really growing on me and I find it easier to do things than in Office 2003. And I've been using Office since the early 1990s.

But (you knew that was coming), I keep finding little things that are left out of Word 2007.

The first was that Word 2007 no longer supports some early Word format files. Gimme a break. How much code could that have been? And it seems that they're even a little embarrassed about it. When you try to open one, you get a pop-up that says that that file type is blocked by policy.

If you follow the link at the bottom, it takes you to a KnowledgeBase article that way down the page mentions that Word 2007 no longer supports Word 1.0 and Word 2.0 files. 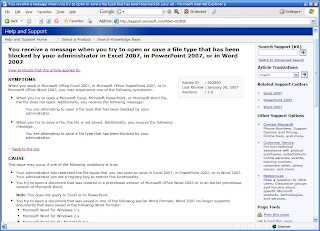 Then today, I realized that Word 2007 no longer supports AutoFormat in the menu system. If you don't know what that is, follow the following steps.

I copied and pasted into Word 2003 some text with carriage returns at the end of each line.

Then I went to the menu bar and selected Format. 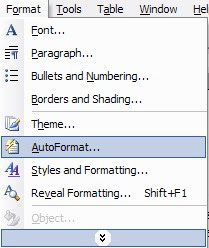 I selected AutoFormat and got this dialog. 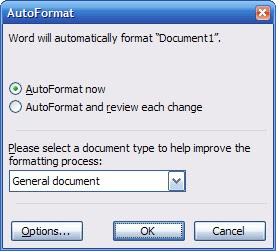 I just clicked on OK and voila! 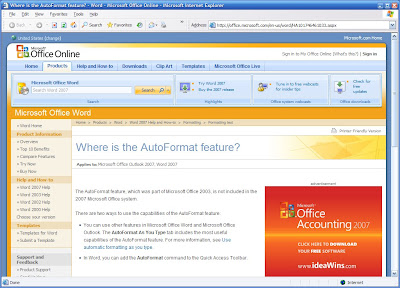 But read that page all the way to the end. "In Word, you can add AutoFormat to the Quick Access Toolbar." Then they show you how to do that. I guess they couldn't find a place on the ribbon to add that feature.

One last rant. Look at the screen shots in this earlier post. Notice that there's no Help search field in the menu bar. There is now a blank space where the search field used to be. Go figure.