I had to fax something this week. It was 2 printed pages and I wanted to add a cover page. I don't have a multi-function device so I use my scanner and printer.

For single pages, Photocopier from Nico Cuppen is simple and fool proof. But it will only do single pages and you have to change your default printer to your fax beforehand and remember to change it back.

I found SimpleCopier from Neogie Software. It is a comprehensive solution including OCR and PDF creation. The current release is 6.05. It is shareware and costs 29.90€.

But all I wanted to do is scan a couple of pages to fax. I have SimpleCopier 2.20 and that's pretty much all it does.

There is no help file for Release 2.20 so I'll put a couple of screen shots here with my understanding of what they mean and do.

Here's the first screen. "Photocopy" seems to be a one page to the printer much like Photocopier. "Scan" will scan and put the image in a queue. 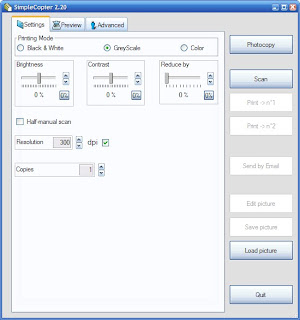 Here's what the result of "Scan" looks like. Notice the button at the bottom to "Add to queue." That is where you can collect images to fax multiple pages. 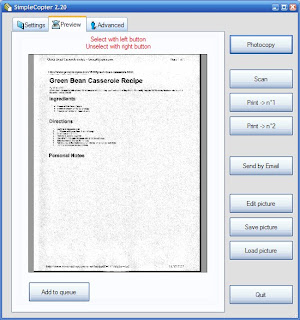 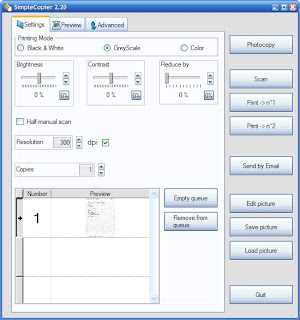 Here's the "Advanced" tab where you set most of the options including what "Print -> n*1" means! 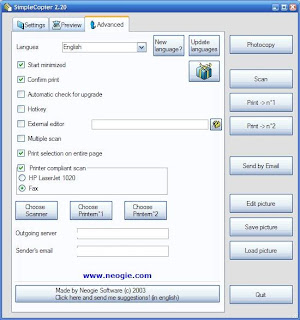 I couldn't find a copy of SimpleCopier Release 2.20 on the web so I have uploaded simplecopier_setup.exe to localhostr.com. If you're nervous about downloading from there, add a comment and ask me to e-mail you a copy.
Posted by Ben Moore at 3:23:00 PM 0 comments

Just after Christmas last year, I wrote about my Mio C310x. I was remiss in not following up. As I mentioned, my primary objective was to have a GPS for my upcoming (now completed) trip to Ireland. I never found European maps for the C310x so I returned it.

Subsequently, I came across a Mio H610 but I didn't read the specifications closely enough. The "H" stands for handheld and it was tiny! Smaller than a deck of cards. Too small for these old eyes to see while driving.

While watching the Black Friday ads, I saw that RadioShack had the Mio C320 on Doorbuster for $149.99. 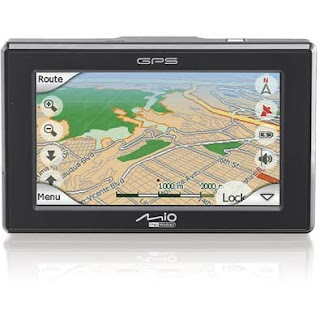 Friday afternoon I played with mounting it in my 2007 Toyota Camry SE. I discovered that the supplied bracket had a tab on the back that would fit into the CD slot on my dashboard. I put a couple of layers of black duct tape on the tab to make it a snug fit and it was perfect! So I thought.

Off I went riding around to play with my new toy. But it wouldn't sync with the GPS satellites. That was odd. It had worked inside my house. It would work when I held it in my hand but not when it was on the dash.

After about half an hour of playing, I realized that the dashboard was causing electronic interference with the GPS receiver. If I would turn the car off, the C320 would work fine. That made it less than useful however.

Back to the box and I got the windshield suction cup mount. I mounted it next to the A-pillar. I like it up there because it's pretty much in your line of sight but it is low enough that it doesn't block your visibility. 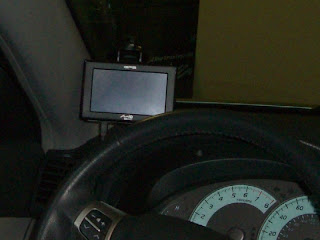 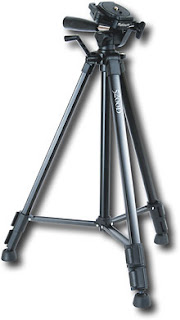 My old tripod has given up the ghost. 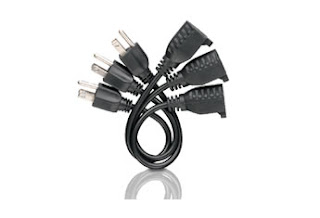 These are hard to explain. When you plug in a little power supply (like for a camera) into a power strip, it is fat and tends to block additional plugs limiting how many gadgets you can plug into a power strip. These little short extension cords let you get more gadgets plugged into the same power strip.

I found them at RadioShack for $9.99. I would expect them to be available in the store also.

There could be more people in our family that could use these. 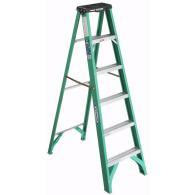 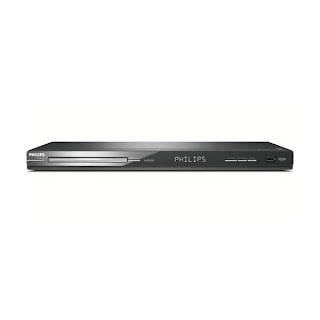 This DVD player will upscale to HD (when we get an HD TV) and play from a USB flash drive.

This is on sale through Phillips Outlet for $39.99 with free shipping. 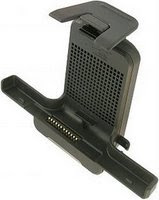 This is a bracket for my new GPS.

This is an easy wine opener.

Remember way back when I wrote about Bloglines? I'm still using it. Oh, I tried Google Reader but I came back to Bloglines.

Recently, Bloglines has been offering a beta. It's all AJAX and overcomes one of the few complaints I'd had about Bloglines.

In the current Bloglines, when you click on a feed, it is loaded in the right frame and marks all the items read even if you haven't looked at them. Google Reader doesn't do that.

In the beta Bloglines, when you click on a feed, it is loaded in the right frame and the items are marked read when you look at them. Much nicer.

It's still a beta and some things are broken or flaky.
Posted by Ben Moore at 9:45:00 PM 0 comments