To Be Fair, Again and Again

To be fair, Google's services (sorry but I couldn't find another source) went down recently as did Microsoft's services, again.

To be fair, this is what Microsoft's Dashboard looked like: 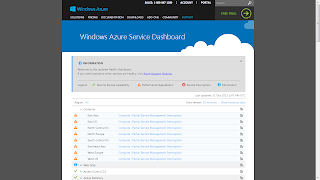 To be fair, this is what I got when I went to Google's Dashboard: 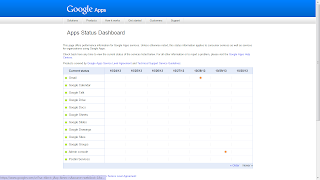 To be fair, both probably had lingering effects.

To be fair, this is what life in the cloud is going to be like for the foreseeable future. But there is a pattern here. The Register called it a "Blue Sky of Death."

Follow-Up: Microsoft talks to The Register.
Posted by Ben Moore at 9:37:00 PM 0 comments

If you've been following my path to VoIP you know that one of my next steps was to install Comcast Internet. I did that recently after a fruitless discussion with AT&T about retaining me as a customer after nearly 40 years. They didn't seem interested.

As soon as the Comcast technician left following the install I fired up speedtest.net. As expected it was way better than AT&T's DSL Extreme. But I had a nagging feeling that the pages themselves didn't come up as quickly as I expected.

I suspected DNS servers so I went to the router to see what it was given: 75.75.75.75. Off to Google with that IP address and sure enough that is the Comcast DNS servers and the Internet is full of complaints about them.

One of the most thorough discussions was here with this illustration. Now I understand that many servers "rate limit / de-prioritize ICMP packet based ping" so a simple ping test is not sufficient as this comment states.

But I tried it myself anyway. 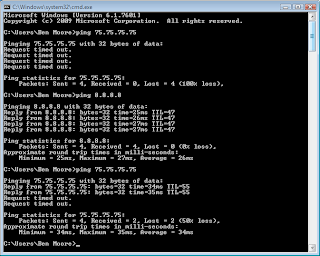 Even understanding the potential throttling of ping responses it seems that the Comcast DNS servers are less responsive than Google's.

I switched the DNS servers in the router to 8.8.8.8 and perceived that it was faster. I realize that this was purely subjective. 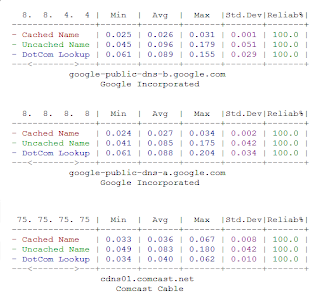 What to do? I think I'm going to stick with Google's for the time being to isolate DNS services from my ISP as I switch providers.
Posted by Ben Moore at 8:44:00 PM 0 comments

Do you know what winsxs is? Do you want to save gigabytes on your SSD? Read on.

I first observed the winsxs problem on my daughter's Vista ThinkPad. Her husband had tried repeatedly to install an anti-virus. You'll recall that anti-virus vendors had problems early on with Vista. The result of these repeated installs was a hugely bloated winsxs directory. A clean of Windows 7 fixed that.

But the problem didn't go away. When I build my T420s I began tracking the growth in winsxs. It went from 10GB immediately after install to over 16GB after 20 months.

I wasn't the only one noticing this. Here are a collection of articles on this problem.


In the October 2013 patches, Microsoft quietly slipped in an update that helps. 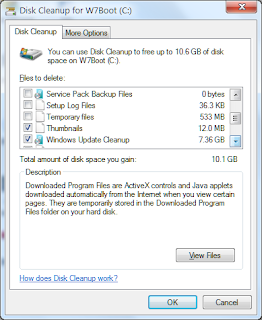 Make sure that your system is stable before you do this. Afterwards you can't uninstall any previous updates.

It takes a reboot to realize the savings.
Posted by Ben Moore at 8:23:00 PM 0 comments

While testing the OBi100 during one call I was simultaneously downloading a large file and uploading a similar sized file. While I didn't notice any distortion, the party on the other end said the conversation was "choppy" to them.

I went into my router's Quality of Service (QoS) screen. I added an entry for the MAC address of the OBi100. 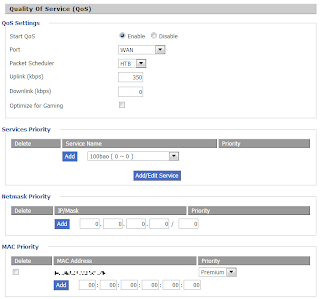 When there is an active conversation the WAN bandwidth looks like this.

How to Lose a Market

Someday (perhaps soon) RIM will be a case study in how to lose a market. Everybody knows the story but this is about one company's journey.

It started in the fall of 2000. The CIO of this Fortune 100 company sent this note to his technology manager. 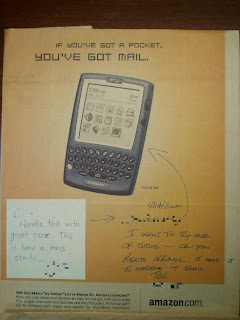 The notes at the bottom are:


I want to try one of these - Can you please arrange. I want to interface with e-mail. Thx.

Signed by the CIO.

Then a yellow sticky from one of the technologists:


Handle this with great care. This is how a mess starts.

You can guess where this went next. Soon BlackBerrys were everywhere. And a significant investment in BlackBerry Enterprise Server (BES) and the associated licensing.

The enterprise guys said the iPhone would never succeed. It was just an iPod with a phone. We all know where that went.

Even Gartner is piling on.

The enterprise is facing an expensive upgrade to BlackBerry Enterprise Server 10 in the face of the overwhelming success of not only the iPhone but Android and Windows Phone smartphones.