If you don't know what "adb" is just quit reading and go back to Facebook.

I ordered the 32GB Nexus 5 and thought I would return the 16GB one.

When the 16GB arrived it was still in a sealed Google box. It clearly was brand new.

I started playing with it. That story is here.

The 16GB Nexus 5 was too nice to just send back so I gave it away.

Then the 32GB Nexus 5 arrived. I started down the road to updating it.

The OTA updates came to a screeching halt after 5.1.1 LMY48B. None of my normal activities (e.g. power cycle, factory data reset, cache wipe, etc.) would get it to update further.

I posted my dilemma on reddit and began a very helpful dialog with raxiel.

raxiel walked me through sideloading the OTA updates with adb. I had trouble getting Windows to recognize the driver from the SDK folder usb_driver and had to create a new android_winusb.inf file using the information in this post. Even then I had to force Windows Device Manager to use that driver.

I sideloaded a couple of OTA versions but the Nexus 5 still wouldn't automatically apply the subsequent OTAs.

I began a non-productive dialog with the retailer about returning it as defective. This encouraged me to look for an alternative.

raxiel was hanging in there with me. He suggested that I just flash the factory image for 6.0.1 MMB29K. While that would have gotten the Nexus 5 current I wouldn't have known whether subsequent OTAs would apply.

The complete list of available factory images and flashing instructions is here.

That page makes it sound simple to flash factory images. The reality is that it's tricky. For example, if you haven't already unlocked the device's bootloader, when you do that it does a factory data reset on the phone and you have to go back and re-enable Developer Mode and then USB Debugging. Then you have to confirm the RSA signatures again.

In the end I found this YouTube video that walked though the process.


One slight twist that I made is that when I extracted the factory image from the download I copied the extracted folder to my desktop. Then since fastboot needs to be available for the flash-all script I copied (didn't move) the contents of the platform-tools subfolder installed with the SDK install into the new folder on my desktop. Read that twice before you do it.

Understandably this video edits out the elapsed time. And the adb output on the video shows a time of 122 seconds. I don't know what that time represents. Mine was 144 seconds. More importantly the total elapsed time was almost 10 minutes with long periods that appeared to have no activity.

When I completed the flash I re-enabled Developer Mode and then USB Debugging so I could relock the bootloader. And then a factory data reset to disable Developer Mode.

I overlooked sharing my 2014 TV configuration. 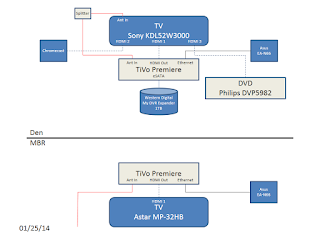 This served me well until ...

TiVo had a big Black Friday sale. I got to looking at replacing my aging TiVo Premiere (with a 1TB external drive) in the den and the smaller TiVo Premiere in the master bedroom with current devices.

I bought a TiVo Roamio Plus for the den and a TiVo Mini for the master bedroom. 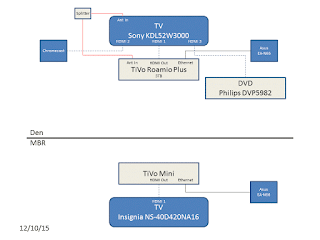 This tremendously simplified the number and age of the moving parts.

I replaced the 1TB hard drive in the Roamio with a 3TB even before I powered it up.

The Mini is pretty much a regular TiVo with no tuners and no hard drive. It "borrows" a tuner from the Roamio as needed and streams recordings from the Roamio.

The Roamio supports streaming to mobile devices so I can watch recorded programs on my smartphone or tablet.


QuickMode allows you to play recordings faster - at 1.3 x normal speed - with pitch-corrected audio, so you don't have to put up with high-pitched squeaky audio while you watch your favorite programs in less time.

The Roamio came with 12 months of TiVo service included and going forward service will be less than half of what the Premieres cost. The Mini doesn't require TiVo service. Nor does the Mini require a CableCARD so there's less money to Comcast which is always a good thing.

A while back my Comcast Internet connection and television service started going down every day around 9:00AM and coming back up just before noon. Needless to say this was frustrating.

And Comcast customer service was no help at all. I started asking them for credit for the outages. They would give me a day of service credit for each instance. I would call them up and ask them to put a note in my account. Then once a week I'd call them and ask for a credit.

This got to be a record keeping problem. And I wanted to know whether the problem was outside of my neighborhood, on my Comcast "LAN", just my modem or just my router.

I found EMCO Ping Monitor Free. As its name suggests it's free and monitors via pings.

The free edition allows performing ping monitoring of up to five hosts. I run it on an Ethernet connected system and configure it to monitor: 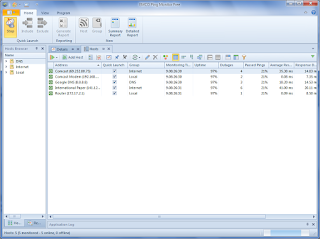 You configure how often it attempts a ping and how many failed pings should be counted as a network failure. 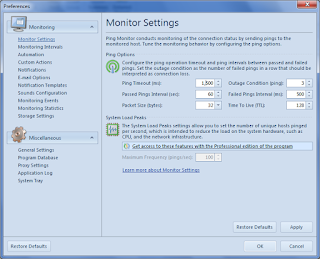 It will send e-mail notifications of events, failures or return to service. 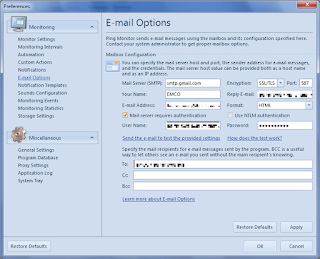 You can export the stats into csv files. 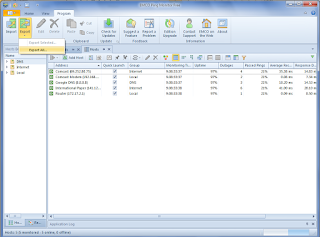 Nice program. Easily paid for itself.
Posted by Ben Moore at 8:01:00 PM 0 comments 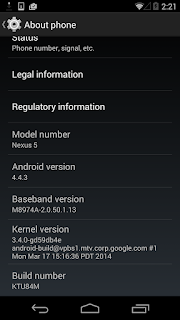 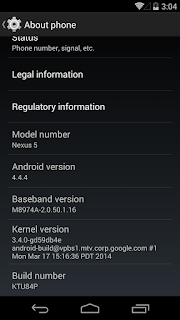 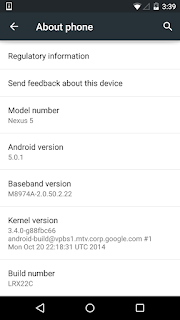 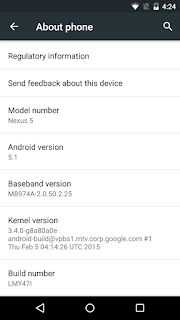 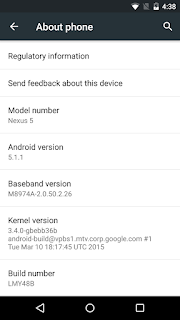 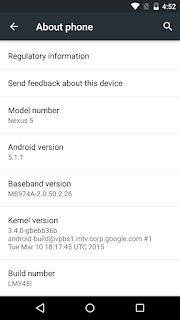 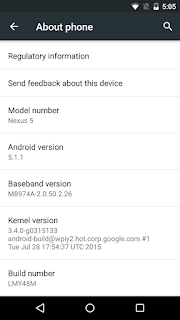 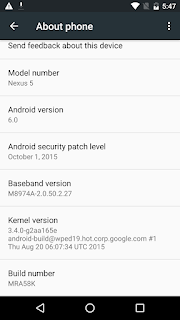 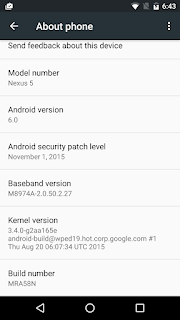 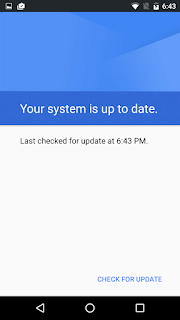 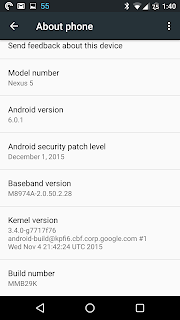 After I returned my iPhone 6 I keep looking for something fresher than my Moto X. I took a run at a Nexus 5. The Nexus 5X seemed too big for me. 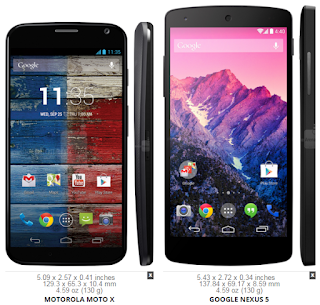 Don't the specifications of the Nexus 5 look familiar? They're almost exactly the same as the iPhone 6. Look at this. And the iPhone 6 is a 10 months newer design.
Posted by Ben Moore at 8:06:00 PM 0 comments