Trillions with a "T"

In late 2019, Accenture Strategy did an assessment on "Securing the Digital Economy."

Then they gave recommendations for actions in the following areas:

This is a great read. 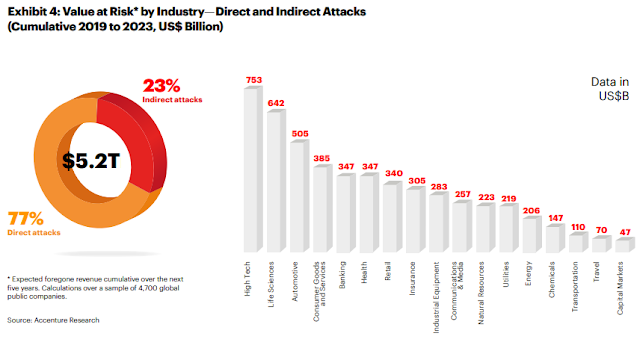 In the private sector, over the next five years companies risk losing an estimated US$5.2 trillion in value creation opportunities from the digital economy

Yes, that TRILLIONS with a "T."

If that's hard to get your head around, this will help you apply this to your company.

This translates to 2.8 percent in lost revenue growth for the next five years for a large global company.

I got a new dashcam for Father's Day so I had one to "trickle down."
I'd always wanted to put a dashcam in my Honda S2000. 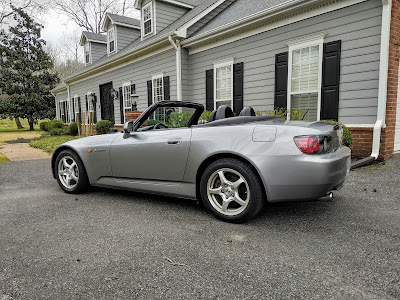 But the S2000 is a different animal. I didn't want to tackle the power like I had done on my newer Hondas. But the cigarette lighter in the S2000 is on the bulkhead behind the seats.
Then I came across some OBD power cables. There are a variety of alternatives with various connectors, e.g. mini-USB, micro-USB, USB-A.
But the OBD port supplies power even when the ignition is off. Some of the OBD power cables have a "smart" switch that gives 2 different modes. The first is always on, at least until the battery runs down. Unless your dashcam has a motion sensor that will cut it off when no motion is detected, that's not what you want.
The other mode on these "smart" switch OBD power cables is called "ACC". It kills the power 5 minutes after the car is turned off,
The one I ended up with was the Universal OBD Power Cable for Dash Camera,24 Hours Surveillance/Acc Mode with Switch Button (Mini-USB).
But I'm cautious of recommending it just because of the seller. The seller is in China which normally takes several weeks for delivery. But that seller offered "Local Express Shipping" with expected delivery in 1-2 days. I opted for that.
It didn't work out so well. The shipping took 3 weeks. When I tried to contact the seller, the e-mail address that Amazon had failed. But it did arrive and it was well packaged.
Overall, the cable does exactly what I wanted it to. There are several observations to add, though.
The OBD connector doesn't have any mechanism to secure it to the car's OBD port. I'm not sure that that is even possible but since my car's OBD port faces downward, I'm worried that the connector will just fall out. 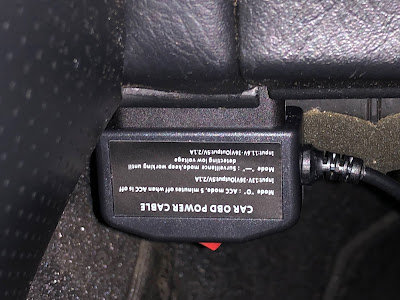 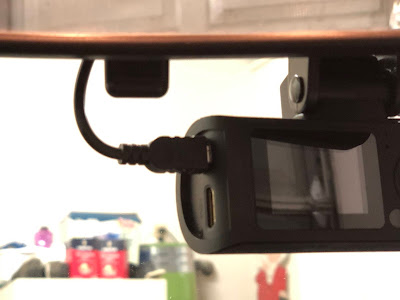 But it hasn't fallen out.
I'm using the "ACC" mode. 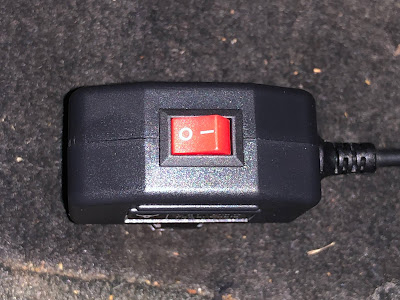 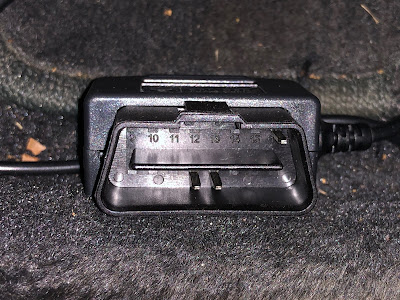 Have you ever used Grammarly for Chrome? Me neither. Grammarly has a free offering but the meat of their product is $23.96 per month. Microsoft Editor's premium features are included in Microsoft's Office 365 offering for $7 per month.
You can get Microsoft Editor in the Chrome Web Store for free. It does require you to login to the extension with a Microsoft account (MSA). After that it doesn't nag you anymore.
You get a couple of choices of what you want to enable and whether it is active on a particular web page. 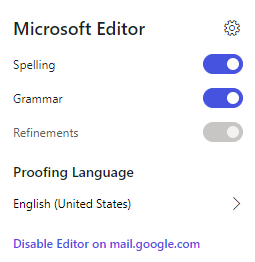 Then as you're creating text, it watches your input and makes suggestions with a blue underlining.

Hover over the underlined word and you'll get a pop-up with hints. Click on the pop-up to accept the suggestion.
Just incidentally, that example was of capitalization in the subject of an e-mail. Microsoft Editor treated it like a title. I have a favorite tool for checking capitalization of titles. It looks like the New York Times could use that tool.
And while I'm off topic into writing tools, check out the Hemingway Editor.
Posted by Ben Moore at 7:48:00 PM 0 comments

Why do developers make things so hard? Do you remember the good old days when the browser's address bar simply showed the URL?
Not so much any more. I wrote about Google removing "trivial" sub-domains here and the problems that caused with a Delta Vacations representative.
Now Google is removing even more of the URL.
So let's imagine that you are really pedantic and want to see the whole URL. With Chrome 83 and later you can!
All you have to do is browse to chrome://flags and search for "Context menu show full URLs". Set this to "Enabled" and restart Chrome. 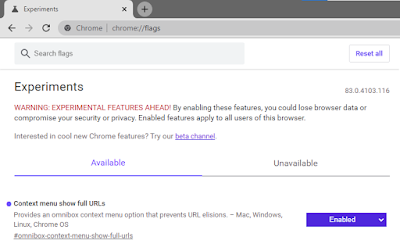 You can just ignore the big red warning "WARNING: EXPERIMENTAL FEATURES AHEAD".
But wait, the full URL doesn't show even then.

You still have to right-click in the address bar and choose "Always Show Full URLs". 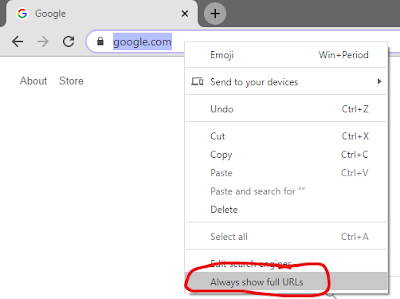 Previously I shared that Essential had shut down effective February 2020. And that I was using an iPhone X. I don't give up that easily.
Finally, Lineage has published an Android 10 release of their ROM for the Essential PH-1. They are dropping nightlies that are stable enough for a daily driver. 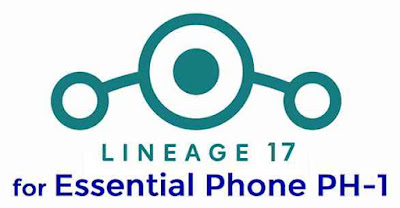 I followed the Lineage instructions for Essential (mata) here. The phone I was using already had an unlocked bootloader and an old system image, i.e. before February 2020.
The whole process went well but there are a couple of tips I want to share.
While the instructions are accurate, there are subtleties here and there that even a non-noobie like me needs help on.
For example, there are a couple of times where the instructions say to hold down a specific key combination. Then the next step is "Once the device is in..."
Uh, when do I release the keys and in what sequence? How do I know that the device is in the desired mode?
Here's the detail for Fastboot from Essential Support:
Another place is "Once the device is in fastboot mode, verify your PC finds it by typing: fastboot devices".
And THEN what should I see?
Well, I didn't get ANY response from adb which I figured wasn't good.
It turns out that I had to update the Essential device drivers AGAIN while the phone was in Fastboot mode. The instructions are here.
After flashing the Lineage ROM, I flashed Open GApps micro for ARM64. As it was flashing I got messages on the phone about "zip signature verification failed".
What did that mean? Was it bad?
The answer to that is here.

TWRP (LOS recovery in my case) would need to incorporate a copy of LineageOS's public keys in order for its signature verification feature to work properly.

So, not to worry.
Whew! I'm glad I had done this before so when I stumbled I at least knew to go looking for answers.
Posted by Ben Moore at 7:04:00 PM 0 comments