These extensions seem to overcome all the problems I had before. 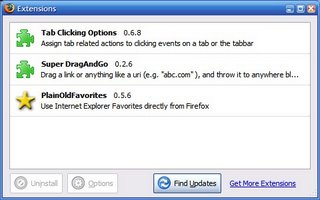 I was at the HP Technology Forum in Houston this week. One session I was really looking forward to was "GNU/Linux As a General Purpose Enterprise Desktop: A Unique Approach."

I was hoping for some revelation. I was disappointed.

Lemme back up some first.

Earlier this month, I got this idea of playing with Linux. I had seen a guy at work running Ubuntu and I kept seeing it on digg so what the hey.

I had an old ThinkPad 600E. I figured it was so old and ThinkPads were so popular that that should be easy. A quick Google search showed something different.

It seems there is a problem with the ThinkPad's sound card. There're a gillion threads out there but here's a typical one. You don't have to read the whole thing. There is no happy ending.

So I put this idea on ice.

But, come on. SOMEBODY had to be able to get this to work. So a couple of days later, I started again.

I went to ubuntu.com. The ThinkPad 600E seemed to fit the minimum specs, e.g. 128MB. So I downloaded it and burned a CD.

I had read threads similar to this that talked about setting the "simple boot flag." I did that.

Then I booted the CD. Nice pretty screen and menu. I chose the "run the live CD" choice and ... nothing. I got a progress bar but it hung. Repeat and same results.

There is an irc channel for support so I fired up my irc identity on gaim. Me and 600+ of my closest friends were in a chat room. In spite of that, I got my answer. All I had to do is hit ESC at the menu. Couldn't find that anywhere.

Didn't help. Still wouldn't boot. Finally one thread suggested that if you only had 192MB that you had to use the "alternate" iso. Funny, I thought 192 was greater than 128 but what did I know?

This time it booted - after it got an error message that it couldn't find the kernel that was specified in the boot command. That is inexcusable to me since I just took all the defaults.

It did come up and installed with a non-graphic install process. It even found and used my old IBM EtherJet card. When it finished and rebooted, it came up to a nice graphic interface. Slower than Christmas!

It downloaded several patches and installed them with just a click. That was nice and the first thing that had impressed me.

So off to fix the sound card.

I had to add a blacklist for what Ubuntu thought the sound card was. I found the equivalent of Windows Explorer and navigated to where the file should be. But the folder I needed wasn't there and the "new folder" choice was grayed out. It seems I wasn't root. None of the threads had mentioned root.

I tried to login as root. First, it said I couldn't login as root from the graphic interface. So I dropped to a shell and tried. But wait, what is the password? The install had never asked me for a root password.

BTTF (back to the forums). Surprise, I wasn't the only one asking that. No one seemed to know what the root password defaulted to. They all just suggested sudo-ing and changing the password. For the non-l337 of us, "sudo" means SuperUserDO. Seems to pretty well bypass any security.

Back into the shell to log in as root. But now I can't get back to the GUI where I knew how to navigate around.

Not really. Now I have some Fedora disks to try.

And I never got around to telling my experience at the Linux for the enterprise session. Later.
Posted by Ben Moore at 8:58:00 PM

...for an SD card reader that I can keep in my pocket. You'll remember my last attempt at this with the I-Rock IR8200. Recently I came across another one from Meritline. 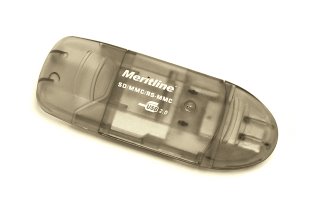 It came in today. I guess I'm expecting too much given the size of an SD card. While it's much sleeker and lighter than the I-Rock, it's really not much smaller and it doesn't have any kind of loop for keyring attachment.

Here's how they line up: 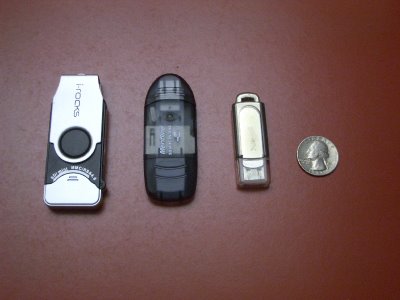 Finally, Palm and Cingular released BlackBerry Connect (BBC) for the Treo 650. I saw it in engadget yesterday. I pinged our IT guy about what version of BlackBerry Enterprise Server (BES) we have and it is v4.0 with SP2. That is enough for BlackBerry Connect.

Then I stopped by the BES guy at work and told him I was going to do it today. He set me up an account on the BES and off I went.

I clicked on "Download BlackBerry Connect" and got hit with an odd question. Had "I purchased my Treo 650 smartphone on or before June 3, 2006." First I clicked that I had and was taken to a page to buy the software for $9.99. Well, you know how I feel about buying software so I backed up and clicked on the other link.

On that page, I was asked for my Treo 650 serial #. I entered it and the download began. So far, so good. So you don't have to jump ahead, it continued being good.

The download completed. I unzipped it and ran the .exe. It told me what it was going to do. It installed the BlackBerry Connect Desktop and updated the Versamail and Calendar applications on the Treo 650. It told me it would require 2 soft resets and 2 HotSyncs of the Treo 650 and it did. I didn't have to reboot the laptop.

During the second HotSync, it started asking questions about my Lotus Notes account. Unlike ExtendConnect's OneBridge that wanted the Sametime password, BBC wanted my real Notes password. I had to override the assumed BES to point to the one that my account was on but the BES guy had told me which one to specify.

Once the install finished, I couldn't immediately see anything different on the Treo 650. In retrospect, that was an indicator of how well integrated BBC is with the Treo 650. I finally just went to Versamail and the title said "BBC" but the screen was blank. My heart dropped. Just before I really panicked, the inbasket began populating!

Backing up for just a second, there is no separate application on the Treo 650 to manage the BBC. All of the settings I have found are in the menus for Versamail. Oh, some are set on the BlackBerry Connect Desktop, just like with a RIM BlackBerry, e.g. the signature.

After I had worn myself out playing with it, I thought I'd better try my POP3 account in Versamail. You guessed it. It didn't work. The network wouldn't connect. I called up the Enterprise Support at Cingular. They could immediately tell what was wrong. They had to fix something on their end. They had me turn off the phone, wait 30 seconds, and turn it back on. That got it.

It worked great all day. There are a couple of wish list items but I'm not so certain that I just haven't figured them out yet. After all, I've only had it working 6 hours so far.
If you have any ideas on these items let me know. If I make any progress, I'll post again.
Posted by Ben Moore at 7:40:00 PM 0 comments