I've been using CrashPlan for more than 2 years and it's doing great. When I migrated to "The Trump" I planned to discontinue using Tivoli CDP.  Although I had been successfully using it for 10 years I knew I would have to upgrade it for Windows 10.

But when I moved my data to "The Trump" I used the Windows 10 directory names for Documents and Pictures which are different than the corresponding Windows 7 directory names.

With CrashPlan you define the backup sets using directory names so I was worried that CrashPlan would think that those were different files and back them up all over again.

I shouldn't have worried.

CrashPlan has an excellent guide on changing computers. Basically you keep the directory names and paths the same between the computers if you can but if you can't don't worry about it.

As I'd observed before CrashPlan dedups backups resulting is a much smaller bandwidth usage than you'd expect. Similarly CrashPlan scans a new computer's backup set matching the files with the files it has previously backed up regardless of location.

When I started CrashPlan on "The Trump" the estimate to complete the backup was in DAYS. I almost panicked. Then the estimate started to drop precipitously as it determined that it already had backups of those files. It finished the 300+ GB backup in a couple of hours.

In late 2015 TiVo pushed out the Winter 2015 release of their TiVo software. It took a while to get to all devices. My TiVo Minis didn't get it until early 2016.

This release had several new features;

HD Channel Notification - With this feature if you are viewing a standard definition channel that is also available in high definition, pressing the"D" key will switch you to the HD channel. I understand that as an option Xfinity's X1 system will do this automatically.


QuickMode - This feature allows you to watch a recorded or time-shifted program at 130% speed without distorting the sound.


SkipMode - For recorded programs, this feature allows you to automatically skip to the start of the new program segment skipping the commercials. Previous to this feature you had to repeatedly press the "Jump" key to skip 30 seconds at a time. You could queue these up, e.g. 10 times for 5 minutes, and the TiVo would fast forward over the commercials. If you overshot the start of the program, pressing "Play" would back up a few seconds and usually put you close to where you wanted to be.


The SkipMode feature is available on the top 20 most-watched networks and more channels will be added in the future. The shows that will be SkipMode-enabled are those that appear during the most common recording hours: seven days a week, between the hours of 4:00 pm and midnight (12:30 am for late night talk shows airing on ABC, NBC and CBS). Recorded shows with the SkipMode feature appear in your MyShows lists with a SKIP icon.

Here's how this worked previously.

When I was building "The Trump" I wanted to RAID-1 my internal data drive. I was hoping that the Asus motherboard supported RAID but that was not to be. As I Googled around looking for that answer though I came upon lots of discussions of "Fake RAID". This is one example:

And it went on:


[I]f your motherboard dies, your data is probably lost unless you can find another identical motherboard.

So I guess it was good that my motherboard didn't support RAID. But what to do?

What I found was Windows' Storage Spaces. Windows Central has a really good article on it.

I used 2 2TB drives and created a mirrored Storage Space as drive D:. To prepare the drives I used diskpart and cleaned the drives.

The features compared to NTFS are:

In this BetaNews article, the author performed the ultimate test.

I shut my Dell 840 server down, pulled out the drive caddy, and connected one of the mirrored drives into my Thinkpad X230 laptop for some spot checks on my data.

What did I see when I plugged it in? Exactly what I wanted to see.

Nice. But keeping my fingers crossed.

By the way, to migrate the data from "Big Honker" to "The Trump" I used Drive Snapshot. I think that I have mentioned that you ought to TEST restoring your backups. I practice what I preach.
Posted by Ben Moore at 7:34:00 PM 0 comments

No, this isn't a political post. It's about the successor to "The Big Honker" purchased on Christmas Eve 2009.  I'm calling the new tower PC "The Trump" because it's HUGE!

Newegg had an Asus M32BC-B01 for $400 (incidentally the same price as "The Big Honker"). It came with an 8-core AMD processor, 8GB of RAM and a 2TB HDD. I wanted something that would go up to 32GB, hold an SSD to boot from and a second 2TB HDD for mirroring.

I researched the Asus as much as I could but couldn't find the answers to the RAM and disk bays. I finally signed up for a free trial of Newegg's Premier to get no restocking fee returns and ordered it.

I wasn't disappointed. There were 4 DIMM slots with one populated with an 8GB DIMM so it would hold my desired 32GB. There was an internal 3 1/2" bay and one external facing 5 1/4" bay. I added 8GB of memory, found a 250GB SSD and had a spare 2TB HDD sitting around so I was ready.

The Asus came with Windows 8.1 Home. I upgraded it to Windows 10 Home but wanted to go on to Windows 10 Pro. I had a Windows 7 Pro key that had not been used.

Working with the UEFI firmware was new to me. After I had upgraded to Windows 10 I used diskpart to "clean" all the drives (knowingly wiping all the data) and converted the SSD to GPT. (The "clean" drives will come up again in a later post.) Then I installed Windows 10 on the SSD from a USB drive created from Microsoft's Media Creation Tool. Windows 10 retained its activation and Pro upgrade.
Posted by Ben Moore at 7:26:00 PM 0 comments 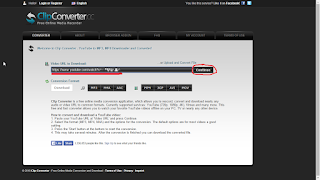 On the next screen, chose what resolution you want and click on "Start". 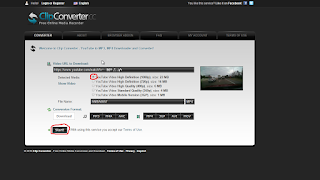 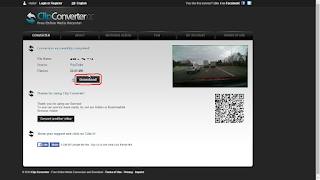 Realize that downloading from YouTube is just a little bit shady. Beware of unwanted pop-ups/-unders.
Posted by Ben Moore at 7:25:00 PM 0 comments