I've been trying to find a use for the Astar MP-32HB HD TV that I got a couple of years ago. When I got the Sony KDL52W3000, I moved the Astar to my bedroom. I ran it on cable-ready for a while but that was all SD. Then I got a second HD DVR for it.

That had a couple of problems. First was the cost, about $30 per month to Comcast. Second was the noise. The hard drive kept spinning up and down. I replaced the DVR once but the second did the same thing.

Really, all I watch back there is the 10 o'clock news and the late night talk shows. It seemed silly to spend that much money for that but I had gotten where I liked the HD quality.

That's where I was when the digital TV transition happened. What that brought was that Comcast started carrying the local stations in digital format and in HD resolution. Unfortunately the Astar doesn't have a QAM tuner.

What I did is got a KWORLD SA290-Q LE from newegg.com. 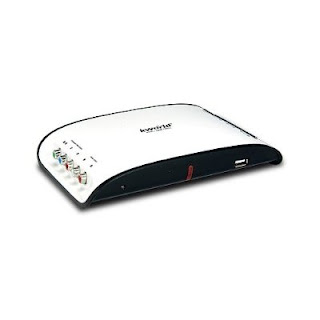 Notice that it will also do VGA out so you could drive just an old PC monitor.

Read the reviews on newegg.com. Lots of people complain about it. The setup instructions are non-existent but the comment thread helps a lot. I bought a cheap programmable remote (GE 24950) and replaced the terrible remote that comes with it. 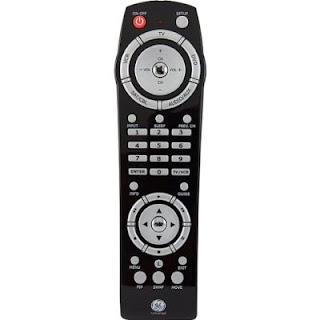 It has a bright blue light indicating power. That wouldn't do in the bedroom. I covered it with a 1/2 inch square of black duct tape. Perfect.

I feed the Comcast cable directly into it and get around 30 digital channels, no cable-ready although I had expected them also. Most of the digital channels that I've checked are HD, some 720p, some 1080i. I use component video to drive the Astar.

I'm thinking of purchasing this device off Tigerdirect. I'm a techie, so I'll figure it out if the documentation isn't very good.

I also have comcast and wanted to see how the device is working now that it's been a few months.

Yeah, this is a good time for an update.

The Kworld SA290-Q LE is working as good as Comcast is.

Recently the QAM channel for the local CBS station (3.1) disappeared from the Kworld. When you'd go to it, the Kworld would say "Invalid Input."

I rescanned and it didn't come up as a QAM channel. All the 3.x stations were gone. Of course I blamed this on the Kworld since I was still getting it on my other HD TV as 3.1.

After getting this comment, I rescanned on the Kworld and it was still gone. Just to be able to say "Ah ha!," I went to the other HD TV and rescanned.

You guessed it. 3.x was gone there too. Looks like Comcast is to blame. Imagine that.

I tweeted @comcastcares and if they respond, I'll post their response.

I know you are waiting to hear from Comcast, but can you tell me a few things:

1. How many HD channels are you currently getting on the Kworld device?

Just like you, I don't really watch TV all that much and don't really care to give Comcast any more $ then necessary. I'm weighing out whether to upgrade to their Digital Cable box + HD OR purchase the Kworld.

I have a 1080i HD ready TV (w/o the QAM tuner) and I really only care out NFL Football coming up on either NBC or Fox and want to be able to see it in HD this year.

Thanks for your help!!!

Fox is one of the channels that Memphis Comcast DOESN'T put on ClearQAM.

@comcastcares responded yesterday and said they'd contact the Memphis folks but I haven't heard from them today.

I apologize in advance that this information may be confusing. It confuses me but I want to put it out there.

I spent some time over the Labor Day weekend trying to document what QAM channels I am getting on the Kworld and my other digital TVs.

Now you'll notice that Fox shows up twice. First at 5-4 on the Kworld and then at 80.2 on the Sony KDL52W3000. I don't know why the difference. Interestingly neither shows up on the Polaroid TLA-01511C.

Can anybody explain this?