I started to write a blog post today accusing Nokia of falsely reporting a problem with data on their Lumia 900 in order to offer a $100 rebate effectively making the phone free. That isn't true and I'm glad I didn't post it. If you know me, I'm not opposed to free. It just worries me to think that Microsoft/Nokia would have to make a well respected piece of hardware free in order to push the operating system.

I had the original blog post almost written. The premise was that I couldn't find any user reports of the data bug before the rebate was announced. 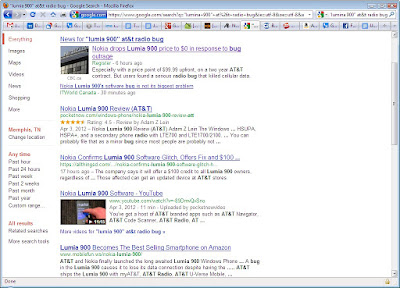 Finally I stumbled across the problem reports in a Windows Phone specific forum.

In retrospect I think that the problem with me not finding anything with Google was that there were not enough of the Lumia 900s sold to create enough Google "juice" to get the articles on the problem high in the search results.

This doesn't look good for Windows Phone. I hope Microsoft and Nokia get their act together as we need an alternative to iOS and Android. 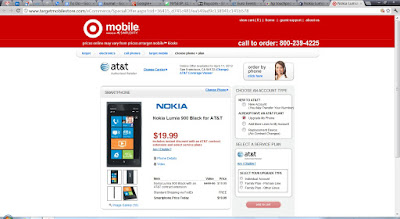