You Can't Do That

Every now and then one of the photos in the Photo Stream will look good but then be terribly pixelated when I send it to the iPad's Camera Roll. Here's an example of a photo that exhibited this.

From the Photo Stream: 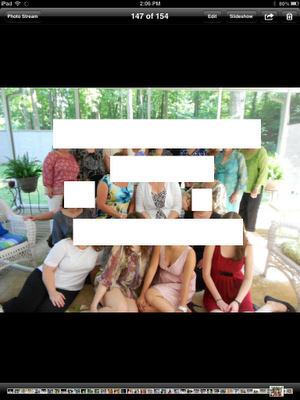 Then I tapped on it and sent it to the Camera Roll: 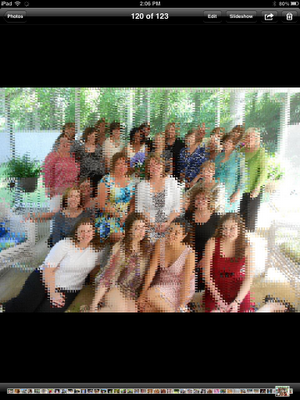 I had Googled without finding anything so I drove up to the local Apple store.

I was greeted quickly and warmly and began explaining my problem. He said that that happens and I should make sure that I had captured all the photos in my Photo Stream and then reset the Photo Stream. He went on to explain that he didn't know why that happens and that it may happen again after I reset my Photo Stream. I joked with him that maybe I needed to go talk to one of their "Geniuses." He said he was the "Genius." I wouldn't have guessed that given his acne.

I described to him that my desire was to transparently synchronize my Camera Rolls between the iPhone and the iPad. "You can't do that." was his answer.

Both devices are using a common iTunes account. When I plug them into iTunes on my Windows PC they synchronize and then backup. Pretty clean. But the applications are synchronized as well. There are applications that I use on the iPad that I don't need or want on the iPhone. So I asked the "Genius" about this.

He explained that I could go into the iTunes Preferences and select what to synchronize. So I interrupted him and asked if I could select which components to synchronize? Perhaps excluding applications?

But the "Genius" wasn't completely right.

You can choose to not sync new apps. 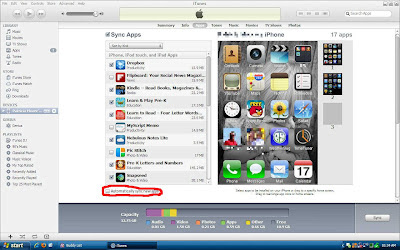 This is the second time I've been to your website. Thanks for explaining more information.
My page - Network Support Sydney