I'm a big user of Dropbox. It's not that it's especially better than the alternatives but it was one of the first cloud storage solutions that really got traction and subsequently it's widely incorporated in other applications.

Enough of the Dropbox soapbox.

If you're a Dropbox user I'm sure you wished everyone else was so you could readily just share folders with them.

Here's the next best thing.

dbinbox says it best themselves.

Pick a username, link dbinbox with your Dropbox account, and share your personal dbinbox link (dbinbox.com/your_username) with people that want to send you files.

That's it. Just give your dbinbox link to somebody and they can simply drag and drop files to a web page. 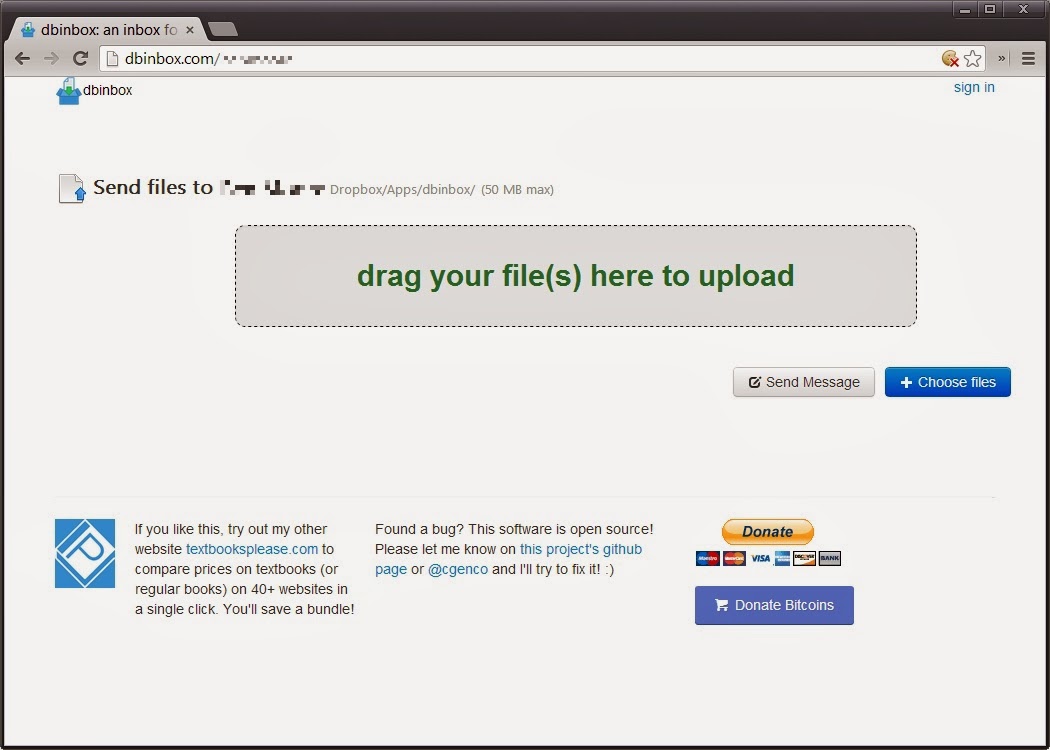