Ok, so I'm OCD. But still some of the details I keep up with are interesting (to me at least).

I've been tracking my Internet bandwidth since mid-2011. 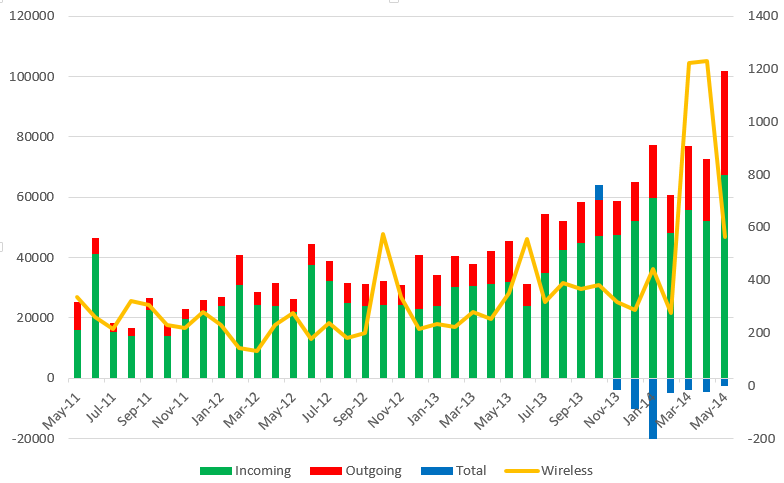 I started using CrashPlan for backups in January 2014.

I pretty much don't stream video other than an occasional YouTube. No Netflix or Hulu.

I attribute the change in May 2014 to uploading and downloading home videos. That's probably worth a post in itself. Stay tuned.

The jump in wireless bandwidth in March and April is tethering while I was traveling.