In a couple of my previous posts (SSD Migration and Backup, Restore, Test) I mentioned Windows System Image Backup tool. These posts were written when the Windows system was running Windows 7.

Now all my systems are running Windows 10. And a couple of my systems have updated to Windows Version 1703 Creators Update.

Microsoft is step by step migrating from the legacy Control Panel to the new Settings app. Even when the function isn't available in Settings.

For example in Windows 1607 Anniversary Update you could type "Backup and Restore..." and the legacy Control Panel dialog would be presented. 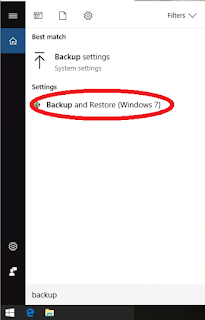 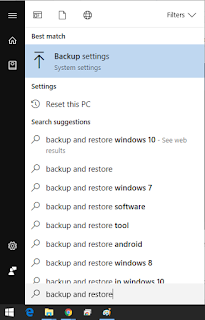 Notice that "Reset this PC" is presented. There's a message in that result. That's where Microsoft is steering you, to reset rather than restore.

Here's how to get to Windows' System Image Backup tool. 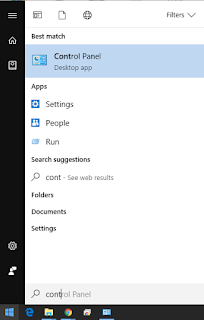 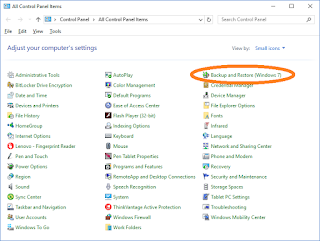 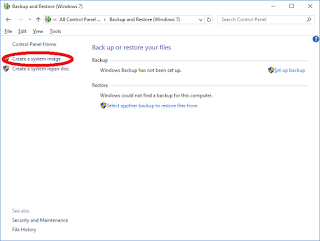 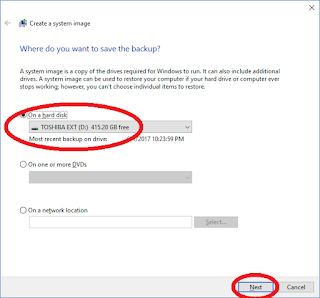 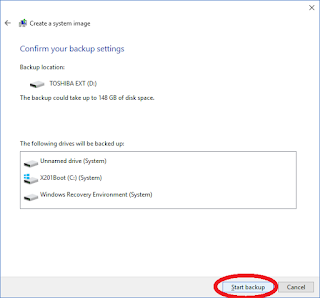 Confirm your backup settings and click on "Start backup". This make take a while, up to a couple of hours for a big drive.

I fully expect that Microsoft will completely remove this System Image Backup capability in future versions.

You HAVE to read my previous posts (SSD Migration and Backup, Restore, Test) before you strike out using this technique.
Posted by Ben Moore at 7:23:00 PM