Microsoft Azure has had another round of problems.

Microsoft threw Level 3 under the bus on the second outage.


On the Azure status page, Microsoft indicated that the source of the problem is with Level 3, an US-based ISP that provides connectivity and various other services to Microsoft data centers.

At least customers could get to the Azure status page this time.

So I went of to downdetector.com. Here's what they showed several hours after the problem seemed to be resolved.

1600 incidents reported to downdetector.com at the peak. 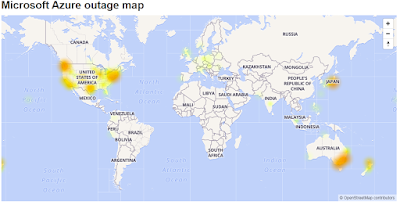 But Level 3 (CenturyLink) is a backbone provider. Shouldn't a Level 3 problem have affected many service providers?

So back to downdetector.com. Here's what they reported for Amazon Web Services (AWS).

No apparent correlation to the time of the Azure outage and less than 10 incidents reported in the worst hour.

So it must not be a backbone issue impacting multiple service providers? 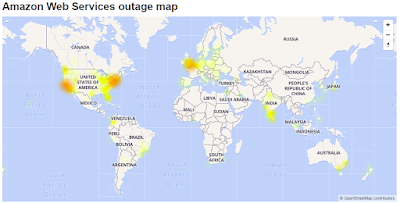 AWS' incidents were from the same geography as Azure's.