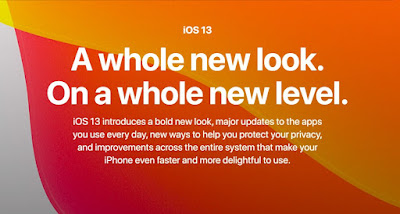 But iOS 13 wouldn't run on my 1st generation iPad Air. And I'd been struggling with only 16GB of storage.

That was enough of an excuse to sell it on swappa.com and buy a 6th generation iPad.

And iPadOS promised something that I had always wanted: The ability to easily import files into the iPad without iTunes.

Boy, was I going to be disappointed.

In this Forbes article entitled "Early Thoughts: iPadOS Will Change The Way You Work" said:


#2: A full embrace of external storage devices:
By allowing the iPad's Lightning or USB-C port (depending on what model you have) to be used with adapters to connect to external USB storage devices, consumers can now easily share files utilizing the Files app in iOS and iPadOS. This is not a trivial new feature - it really brings the iPad (and iPhone by extension) significantly closer to the same type of file sharing functionality that has been available in MacOS and Windows for over 20 years.

No, not really. But back to the story.

I even went out and bought a 128GB Lightning/USB-A drive. At least I got a good price on it.

The new feature in iPadOS that is supposed to be "A full embrace of external storage devices" is the Files app.

The Apple fanboys fawned all over this new app. Unfortunately they were victims of Apple's Reality Distortion Field.

ZDNet finally slipped up and admitted what is real on slide 9 of 9:


The Wrap Up
Developers have yet to take full advantage of the new capabilities in the Files app and add-on storage. In particular, including add-on storage as a location apps can import data from. But I'm sure they're working on it.
Does iPadOS make file management as flexible as MacOS or Windows? No..

"But I'm sure they're working on it." GIVE ME A BREAK!

So what does the Files app do?

Not really very much. Basically it provides a separate file store on an iPad or iPadOS device. For the external storage devices that will connect you can move files into and out of this file store.

Here's a picture of the recommended configuration: 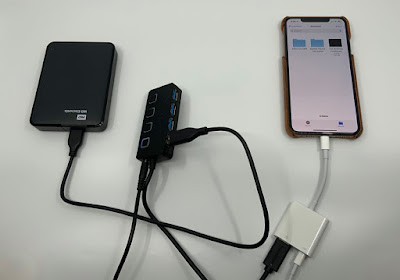 They fudged by cropping out the external power supplies for the camera adapter and the USB hub.

Here's an excerpt from a RedmondPie article:


Notice the first item in the list: Apple Lightning to USB3 Camera Adapter!

Also, the Files app won't support my Windows 10 SMB share. It will support my Drobo if I connect to it as smb://drobo.local.

In spite of that I love my new iPad. More later.