Anybody who's been following me here knows I have a bias toward ThinkPads. I had been using an off-lease T43 for a while but it started off (for me) with a pinky display and wouldn't run Windows 7 Aero.

Over the Black Friday weekend I lurked at the Lenovo Outlet site. They had some incredible deals but they came and went pretty quick. One of the deals that caught my eye was a T420s. I grabbed it and put it in my shopping cart but thought better and removed it. It immediately disappeared! That told me that it was a good deal. I hung around there a while longer pressing F5 every few seconds and it came back! This time I didn't hesitate. I bought it and then started trying to figure out what I'd bought. 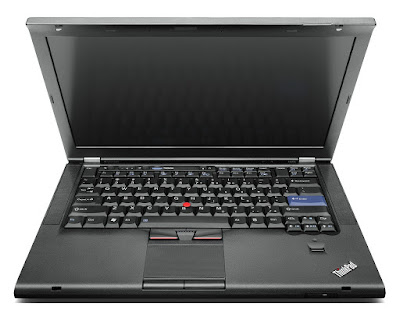 Being a "T" series it was mostly clean of crapware so my first inclination was to just go with the Lenovo image.

Recently I did a clean install of Windows 7 Pro using Lenovo's instructions. I tried to do this using the UEFI feature as described here but it doesn't look like that worked.