Even in my Treo 650 days I preferred using a stroke-based input method over the QWERTY keyboards. On my first Android device I used Graffiti Pro for Android. While that worked great it got kind of embarrassing and it never did support all the special characters.

Pecking away on a touch keyboard made me feel like I was using an iPhone. Then I discovered Swype. Initially it was in "beta" and you had to register for the beta and then sideload it.

Swype is all grown up now and it has been my mainstay keyboard for a while.

Then with recent releases of Android the AOSP and Google Keyboards have incorporated swiping input. So with my Moto X I started off with the Google Keyboard.

But my eyes aren't what they used to be. I experimented with Swype's themes and settled on "Night" but it still didn't have the size or contrast of the alternate characters that I wanted. And since Swype has bought Nuance they don't use Google's speech to text but their own. I don't need to have to manage two different speech to text engines.

Then recently Lifehacker did a poll on Android keyboards, SwiftKey was the runaway winner. 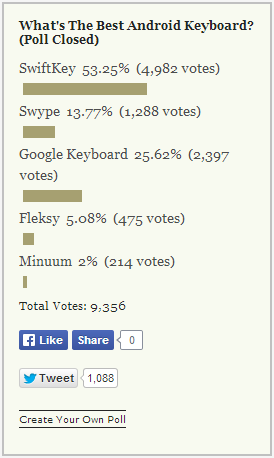 So I took a look. These are from my CyanogenMod 11 Skyrocket.


Obviously the AOSP and Google Keyboard are very similar. The good things are that the speech button is dedicated but the alternate characters are practically impossible to read on the AOSP. The Google Keyboard is worse in that the alternate characters seemed to require selecting the ?123 key first. The speech button is to the left of the Space bar on both.

Finally SwiftKey "Holo" theme provides the highest contrast for the alternate characters as they are blue on grey. The speech button is back to the left of the Space bar away from Return key. Unfortunately it is an alternate so you have to tap and hold to activate it. ,!" are alternate keys over the . to the right of the Space bar. This means that you have to hold down the . key until a little bar pops up with ,!? and then you slide to select one.

So I used SwiftKey for a while.

I've actually gone back to the Google Keyboard. I discovered quite by accident that if you tap and hold on the . key to the right of the Space bar that a little bar pops up with most of the punctuation on it. 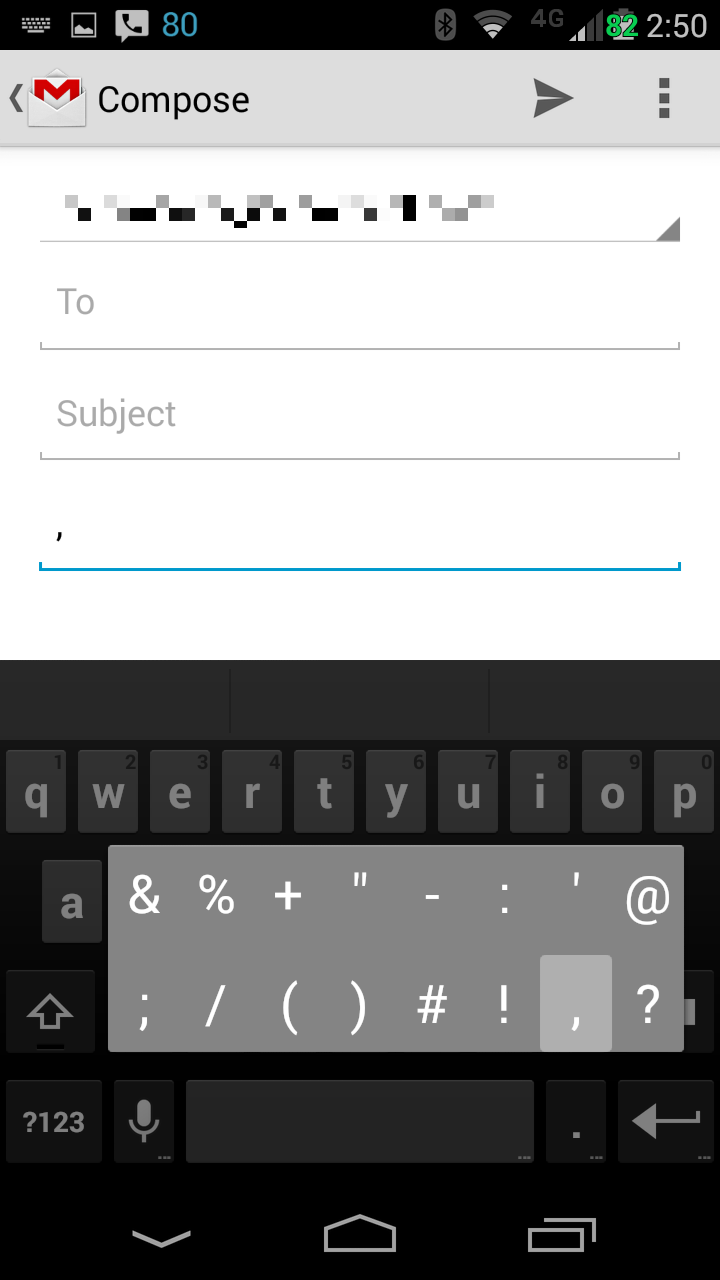 The number keys even do the same kind of thing offering fractions and exponents. 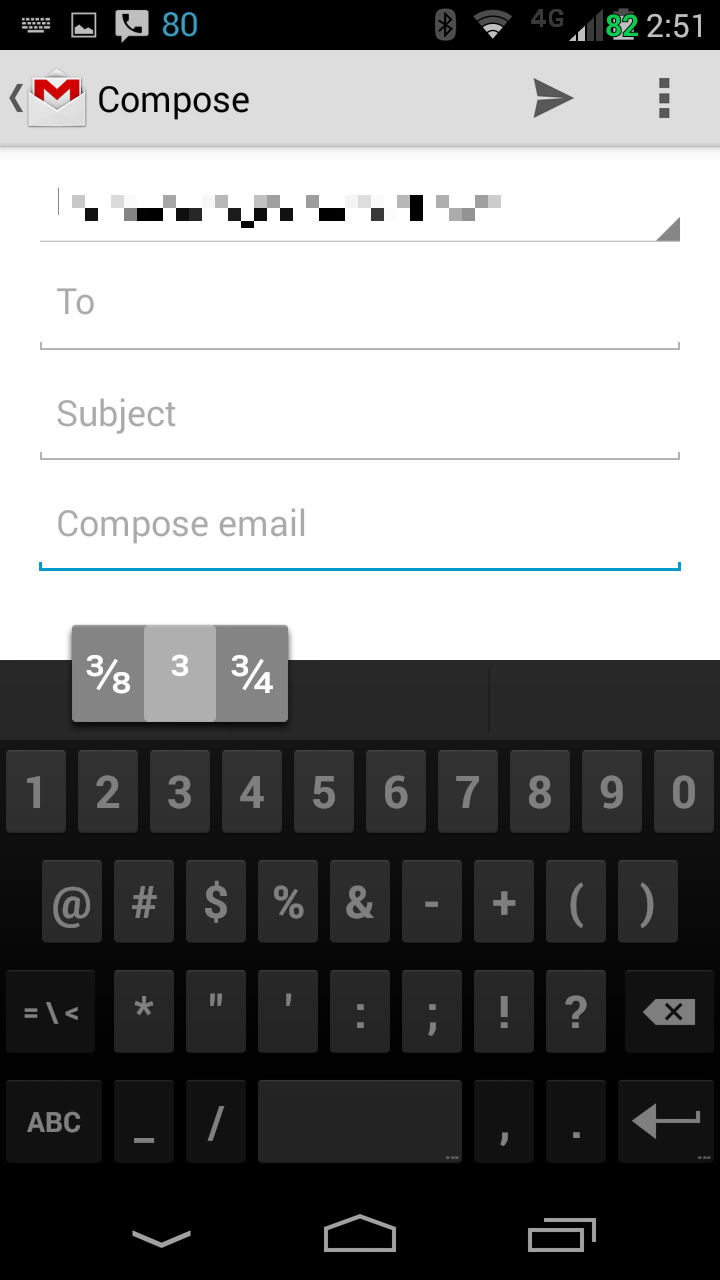 Android L was announced at Google IO. In L is a new keyboard. It has already showed up on Google Play.

It builds on the previous Google Keyboard by adding a , on the main screen and moving the voice icon up to the top where it is less likely to get tapped by accident. You can also hide the voice icon if you don't use it. 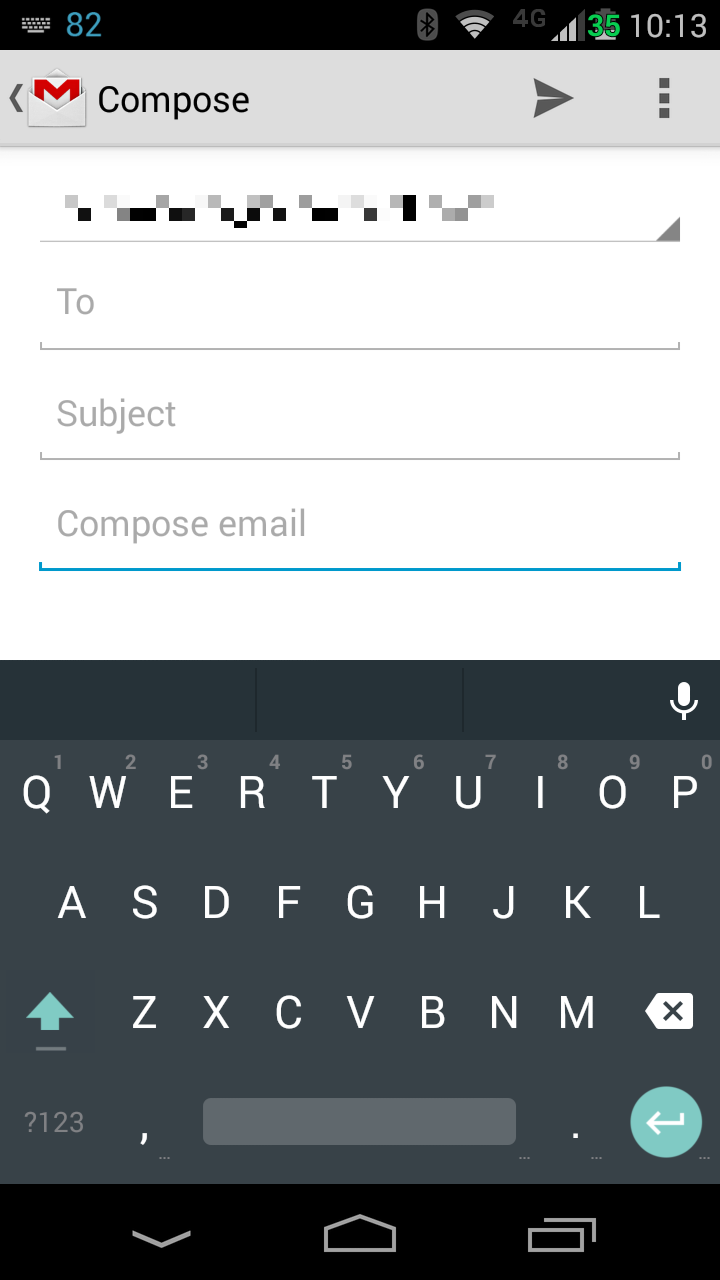