I've got to lay a little groundwork. My son-in-law uses Carbonite for backup. It's rock solid and they like the ability to view their photos using the Carbonite iPhone app.

I've been using CrashPlan with my own offsite storage. Then mid-December 2014 CrashPlan offered a promotional price on their online backup service and I picked that up.

Here's what it did to my bandwidth. 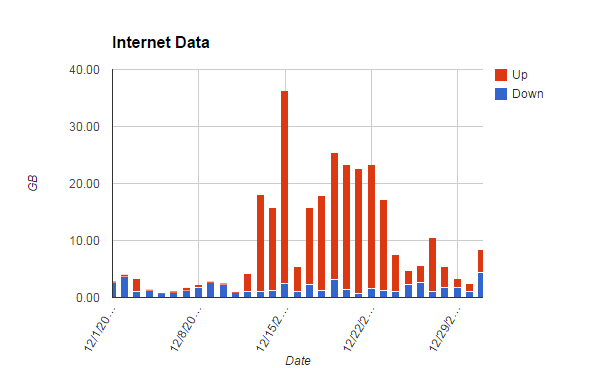 That sudden drop on Christmas Eve wasn't a Christmas present. That's when I realized I was going to blow by the Comcast 300GB bandwidth cap. I managed it pretty well coming in at 297GB for the month of December.

I turned CrashPlan's bandwidth usage back up in January.

So that's one side of the issue.

The other side is restoring over the Internet. My son-in-law had a hard drive crash and initiated a restore using Carbonite. Here's what his bandwidth usage did. 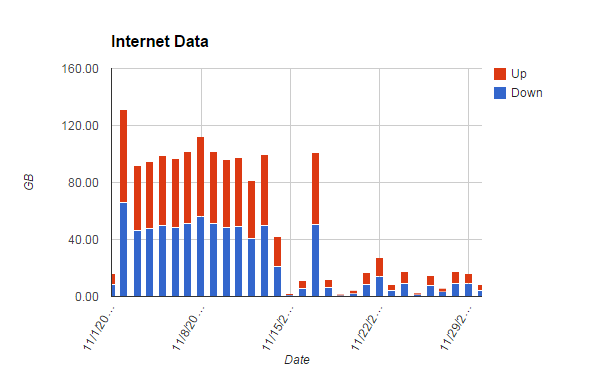 That's what 1.5TB of Comcast bandwidth looks like. And yes he got a call from Comcast.

And it took more than a month to complete the restore.

Incidentally it looks like Carbonite is resending the restored data back to their servers effectively doubling the bandwidth usage.

And recently my granddaughter spent the night with us. She's addicted to a children's show carried by Netflix. Can you guess what time she woke up? 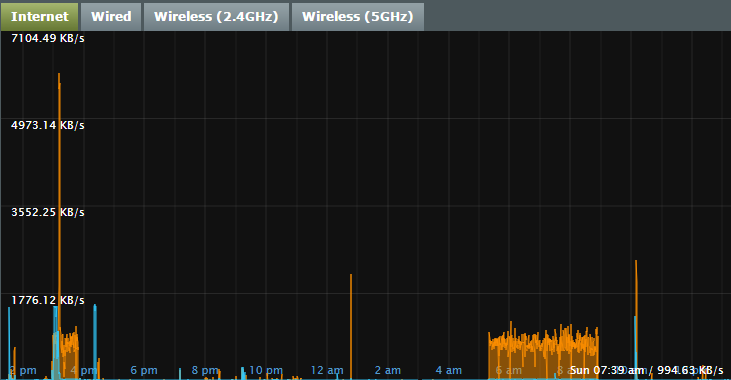 That's a day's worth of my Comcast cap.

Remember my forecast in June 2014:


3. I can already see Comcast's bandwidth cap of 300GB looming in my future. 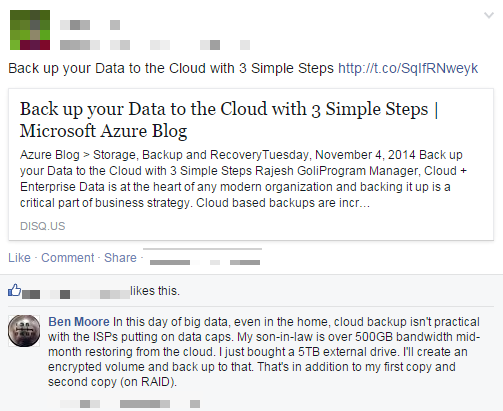 I'll follow-up on my backup alternative in a later post.
Posted by Ben Moore at 8:11:00 PM