An Order of Magnitude Improvement in Compute Density 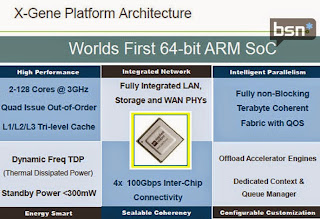 Remember 2 1/2 years ago I posted on the emergence of ARM servers. It's taken a while but they're being adopted by mainstream enterprises.


PayPal achieved "... an order of magnitude improvement in compute density"

That's the kind of leap you have to have to displace x86. This reminds me of the transition from mainframes to x86. But remember that RISC systems made a brief appearance during that time. ARM may not be the next big thing.

It's going to be interesting over the next couple of years.