At lunch with a friend recently we were discussing messaging directions. While his perspective was for a Fortune 100 corporation and mine is for our much smaller consulting organization, we were running into the same issues.

The players in the messaging sector are creating walled gardens to tie you into their ecosystem. I'm sure that they would argue that it is to "improve the customer experience" and it may very well do that for the in-house customers but isolates them from the rest of the world.

Here are a couple of examples that I've run into recently in my space: 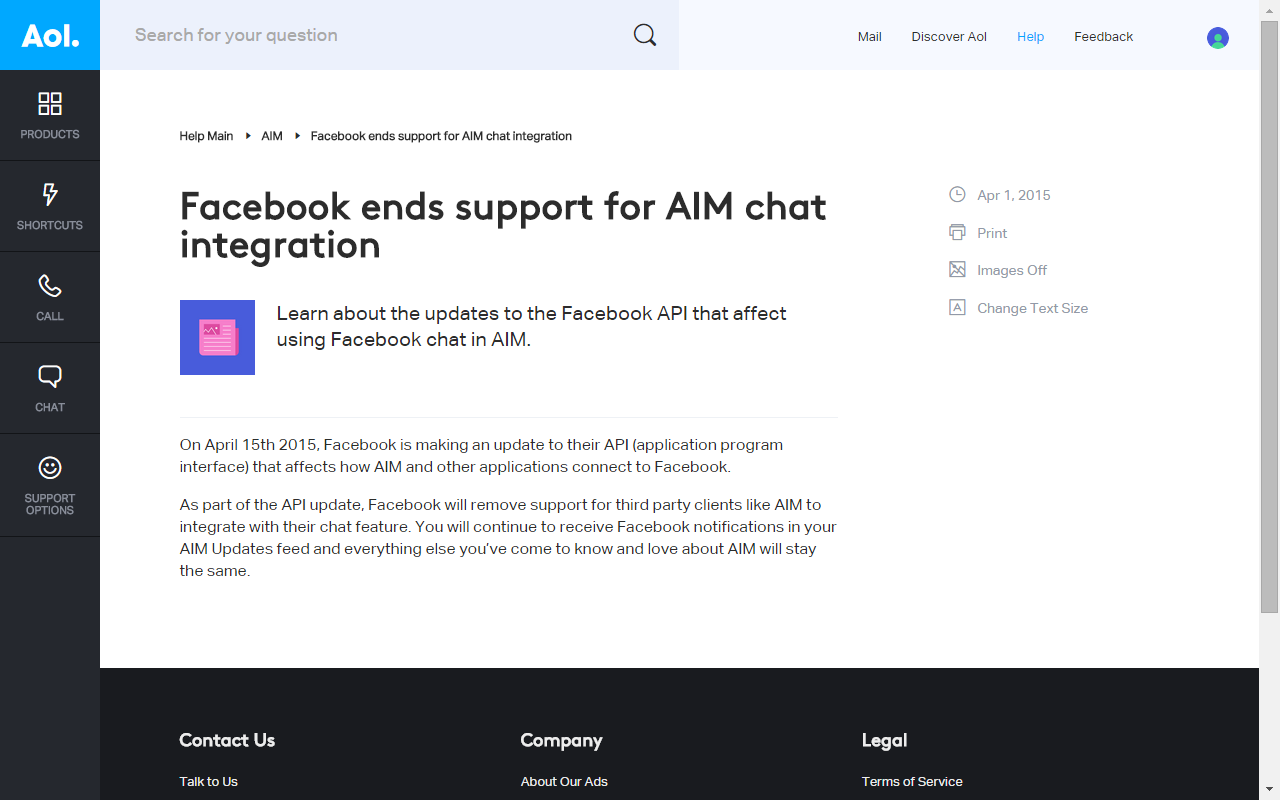 On April 15th 2015, Facebook is making an update to their API (application program interface) that affects how AIM and other applications connect to Facebook.

As part of the API update, Facebook will remove support for third party clients like AIM to integrate with their chat feature. You will continue to receive Facebook notifications in your AIM Updates feed and everything else you’ve come to know and love about AIM will stay the same.

Google Talk was a player for a while.


Google moves away from the XMPP open-messaging standard

Google has since admitted that it is indeed shrinking its support for Extensible Messaging and Presence Protocol (XMPP).

XMPP was meant to enable users from one Internet communication network to be able to talk to a friend or co-worker on another such network. So, for example, an AOL Instant Messenger (AIM) user could talk to his co-worker on Google Talk and vice-versa.

I used to use imo.im but they withdrew into their own walled garden.

In emails sent out to users on Friday, imo announced that it will be discontinuing support for all third-party instant messaging networks to focus on a build-out of its own platform.

What do I use now? Ironically I use the web interface of aim.com. It still supports Google Talk. And it'll send SMS.