The Cloud is Full 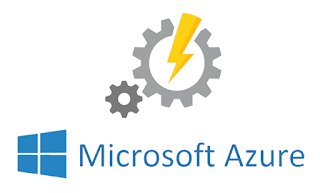 There were a small number of comments (7) that related that they had had the same experience. Here is a typical comment.


GetNrDone
Happened to me. I tried to deploy a new SQL database in eastus2 2 weeks ago only to be greeted by an error. Opened a tickets and was basically told there was nothing they could do. Escalated the issue with our TAM which also could not get approval for 1 database to deploy. I was asking for the smallest database they offer (s0) and was told we couldn't have it. No communication before, no warning emails, no blog posts, nothing in the service dashboards, even our account team didn't know anything about it. Completely blindsided me and delayed development on an app for a week while i could move resources to another region. Unacceptable and definitely does not live up to promises made!


dops0
We've faced this issue in North Europe, East US and West US 2. This has just started happening over the last couple of weeks and what's even more frustrating is, we already have sufficient quota allocated to us, but, our users haven't been able to deploy their machines even when within this quota.

This issue hasn't blown up so either it has been resolved or customers were able to work around it as GetNrDone did.

Regardless this is another consideration for using anyone's cloud services. I'd even suggest trying to putting a clause in your contract that guaranteed x% of available capacity on the vendor's part. I'd bet that none of the vendors would accept that but that would at least make the vendor play their cards.
Posted by Ben Moore at 7:58:00 PM