Ok, get your minds out of the gutter. I'm talking about silicon wafers.
We've all heard about car and truck production being impacted by chip shortages. 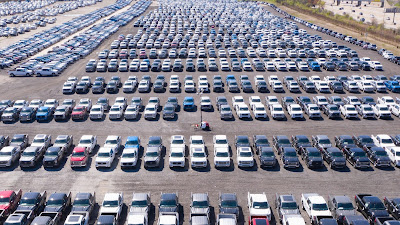 Why? I could have never guessed.
It turns out that automotive chips are fabricated on 200mm (8 in.) silicon wafers. Current wafer technology is 300mm (12 in.).
The use of chips in automobiles is booming so demand for 200mm wafers is increasing.
But the manufacturers of the wafer production technology are focusing on 300mm wafers.
This has caused a crunch in manufacturing of 200mm wafers.

As one headline from December (2020) read, "8-inch wafer capacity is in short supply to unimaginable levels", with the article stating "wafer production capacity is so tight that customers' demand for production capacity has reached a panic level." And that from mid 2021 "to the second half of 2022, the logic and DRAM markets will be out of stock."

Even the IEEE weighed in:

So, maybe the automotive industry could just move to 300mm wafers.

For automotive products from specification to PPAP would be more like 24 to 36 months, again depending on the complexity.

There's not going to be a quick fix.
Here's the only good news I've found around this:

Stop-start technology will be gone for now from non-diesel versions of Cadillac Escalade; Chevy Tahoe, Suburban, and Silverado; plus GMC Sierra and Yukon.