Comcast is becoming Xfinity. This is a made-up word meaning that they're going to take more of your money.

There is a long sordid story regarding clear QAM channels and Digital Transport Adapter (DTA, also known sarcastically as Digital To Analog) but that's for another time.

Along the way to Xfinity Comcast Memphis has reflashed their DVRs. The new software is being rolled out to a number of markets and seems to be universally disliked. Truthfully there are gains and losses in the new software but as usual the losses stand out.

Just like "you can't fight city hall" you pretty much can't fight Comcast. AT&T's U-verse isn't available in my neighborhood. I don't want satellite dishes on my roof and I hear too many complaints about signal loss during thunderstorms.

Anyway on to my TiVo experiences.

I had a co-worker that had an early TiVo and had been very satisfied with it. When I got to checking the prices I found that the monthly service for the TiVo Premier was less than the Comcast DVR, $12.95 vs. $15.95. To get the $12.95 rate I had to get a refurbished model for $99. The TiVo rates and prices have just changed recently. The required multi-scan Cablecard was free from Comcast. Will wonders never cease?

The TiVo came quickly and the setup was easy. I'd heard horror stories about Cablecard pairing but the Comcast technician that brought the Cablecard had 3 TiVos at home. That went quickly.

Everything seemed good but then I noticed that none of the networking functions worked. I knew that the network connection was good and TiVo's own self-test worked. To make a long story kinda short TiVo sent me a replacement unit that worked fine. Even the Comcast re-pairing of the Cablecard was done over the phone with no problems.

I got the regular TiVo Premier with a 320GB HD rather than the TiVo Premier XL with a 1 TB HD. My thinking was that I could move the eSATA drive that I have been using on the Comcast DVR. Unfortunately TiVo is pretty particular about what external drives they support and I haven't tried my drive. After a couple of weeks using the TiVo I haven't gotten over 40% full.

The TiVo's Season Pass is better than Comcast's DVR's series recording. You can also setup a Wish List to record all programs that match a search criteria, e.g. with a certain actor.

TiVo also records TiVo Suggestions programs based on what programs you've recorded and/or watched. This is pretty neat in that during the first week of using the TiVo I had not completed setting all my Season Passes and missed an episode of a series we watch. I shrugged my shoulders and created a Season Pass to record that series in the future. Later as I was browsing my Suggested programs there was the episode that we had missed! Incredible.

Another capability I love is the network connectivity. You can search for programs and when found the TiVo gives you an episode summary by season. When you choose an episode TiVo will tell you where it is available, e.g. Amazon Video On-Demand. It also supports Netflix (I may have to reinstate my subscription) and YouTube. As we watched the Indy 500 Pole Day Simone de Silvestro was on. Rather than trying to explain to my wife what had happened to her, I paused the live TV and went to YouTube and showed her de Silvestro's crashes from Thursday practice and from last year's Texas race. Nice. Probably impressed me more than my wife but ...

I haven't gotten around to reprogramming my Logitech remote but I've come across an Android app to control it over Wi-Fi from my Captivate and the NOOK Color. 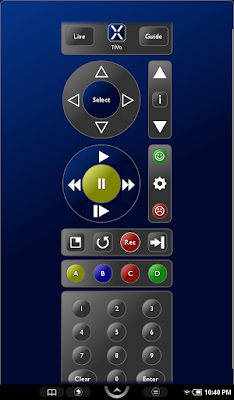 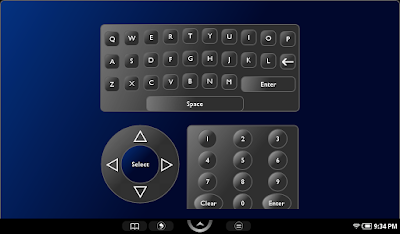 I've also found a Java app that gives me the same function from Windows 7. 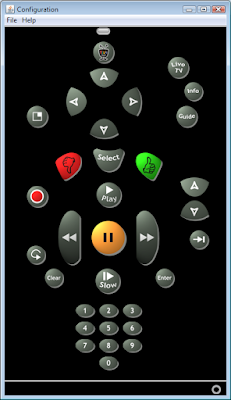 You can also schedule recordings via the Internet for the TiVo. I know Xfinity advertises this same capability but it's not available in my area.

I'm not sure that the TiVo is a long term solution. I looked at building a Windows 7 Media Center and may do that yet. It is going to feel pretty good walking into Comcast with that hard-to-find HD DVR and telling them to ...
Posted by Ben Moore at 8:31:00 PM

Here is a cool app for transferring and reformatting your Tivo content. It's free and works well.