I volunteered for Motorola's Test Drive of Lollipop 5.0.2 on my 2013 Moto X. Let's just say it didn't go well. After I got the replacement device I got the itch for something new.

I'd bought a couple of OnePlus Ones before and sold or traded them off. In early June, OnePlus started having "flash" sales of the One. I bought a 64GB SandStone Black for $299.

My OnePlus One came with CyanogenMod 11S. OnePlus has had a squabble with Cyanogen and subsequently built their own Android ROM called Oxygen. OnePlus has Lollipop variants of both of these but mine shipped with KitKat 4.4.4. They're promising 5.1.1 "soon." I haven't been in a hurry to flash Lollipop on the OnePlus One.

The OnePlus One goes against my bias toward modest, even small, phones. I'm still struggling with the One's size. The things that sweeten the deal are the gorgeous screen and the long lasting battery. 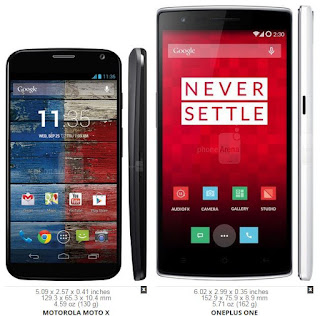 I never had the Moto X battery completely go dead but I found myself "managing" the battery by just not using the phone. I didn't think that was what you were supposed to do with a phone.

The OnePlus One's battery life isn't "magical" but I don't not use it for fear of exhausting the battery. At the end of the day I often find that I have more than 50% battery capacity left. You can watch my battery usage here.

The OnePlus One came with a pair of SIM trays. One for a micro-SIM and one for a nano-SIM so I was able to just slip the nano-SIM out of my Moto X and into the OnePlus One. I did this before I did the initial power up and the LTE has worked perfectly on AT&T.

As with the Moto X I got a Seidio Spring-Clip Holster (HLSSGT3AS). This holster is for a Samsung Galaxy Note 3 but it fits the OnePlus One fine. 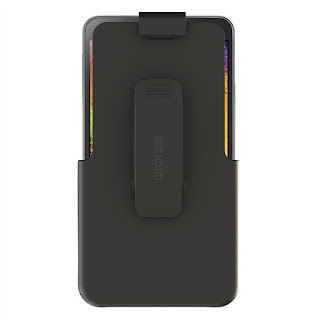 My OnePlus One came with a non-standard build XNF9XBS28K of KitKat. This is apparently a OnePlus internal build that is not intended to reach customers. Unfortunately many of the phones in the flash sales were shipped with this build. The downside is that this build doesn't receive Over The Air (OTA) updates so it won't get Lollipop. The upside is that it is really solid.

I followed the instructions here and flashed Cyanogen OS 12 (5.0.2) and it's as wonderful as I expected.

Oh, and I've installed the OTA Lollipop 5.1 on my Moto X.

Which one am I using?