A while back, Google added support for "Ok Google" to Chrome. This article on CNET discusses it.

All the links I could find on how to manage this feature are out of date, even Google's support article. 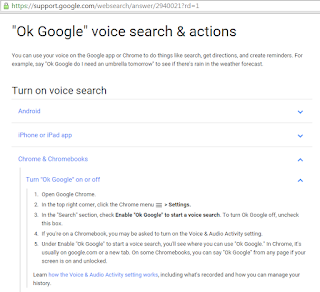 The first time I clicked on the microphone on the Google search page I got this dialog:

I chose "No thanks."

Now when I click on the microphone on the Google search page I get this: 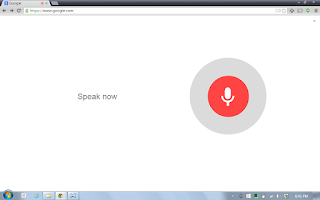 Notice the red dot on the tab. It's listening.

This post isn't about how to manage Google's voice search.

It's about how Google snuck the bits into the open source Chromium project.

Steve Gibson's Security Now is one of my regular podcasts. A recent episode covered the concern over Google inserting a binary "blob" into Chromium. 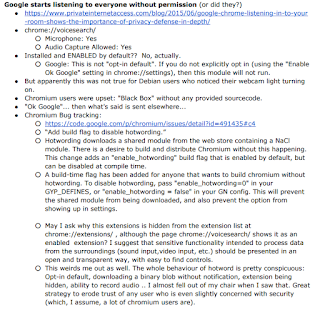 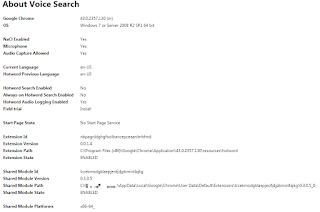 9TO5Google had a good article on the concern.

...the open source version of the browser, which is not owned by Google, automatically installs proprietary Google technology for both managing whether the microphone is enabled and listening for hotwords. [emphasis original]

What's happened to "Don't be evil?"