This is a continuation of iPhone 6 - Part 1.

Here's the point by point comparison of my Androids and the iPhone 6.

Incidentally my gazelle iPhone came with a beta release of iOS 9.1 which caused me problems with Location Services. 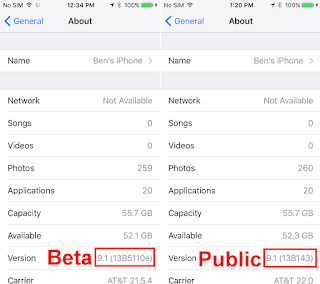 The Moto X struggles with battery life as a result of the Lollipop "cellular standby" bug. The OnePlus One didn't have the over the top battery life I had expected. Surprisingly the iPhone 6 battery life wasn't as good as my wife's iPhone 5S. Here's my spreadsheet with battery usage.

As I was using Google apps I was worried about the limitations of iOS of setting alternate default apps, e.g. Safari. What I discovered was that while you're within the Google ecosystem Google can handle directing you to the desired Google app.

There are dozens of ways to get ringtones over to an Android phone. When I searched for how to do that on the iPhone I came across this article. 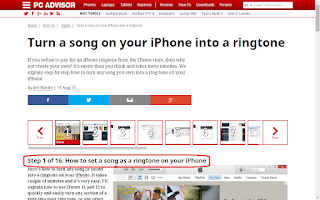 When I reached out to a friend who is very technical and a died in the wool Apple user he replied:


Lastly, while I don’t really recommend iTunes if you can avoid it since it has turned into a bloated pig... I don;t find I have to use iTunes for anything.

But when I pressed him for alternatives:


I have iTunes running on a shared Mac in the house...

You can draw your own conclusions.

I used iTunes and moved my ringtones to the iPhone.