So you think that the ransom payment is the biggest cost of a ransomware attack? 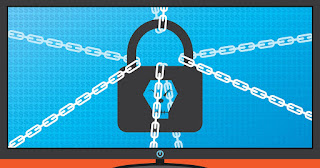 A recent article by Decrypt covers the costs of ransomware.

Cybersecurity company Emsisoft estimated that total ransom payments that were demanded in 2019 was $25 billion.

That's bad enough. But Emsisoft estimated that the total cost was as much as seven times this, as much as $170 billion.

Most of the difference results from downtime and from dealing with the attack.

Coveware reports that it takes victims of a ransomware attack 16 days to restore their network. Think about your network being down 16 days.

Gartner suggests that the average cost per minute is $5,600. Tick-tock.

That's why 1 out of 3 companies just pay the ransom.

Don't be in that group.